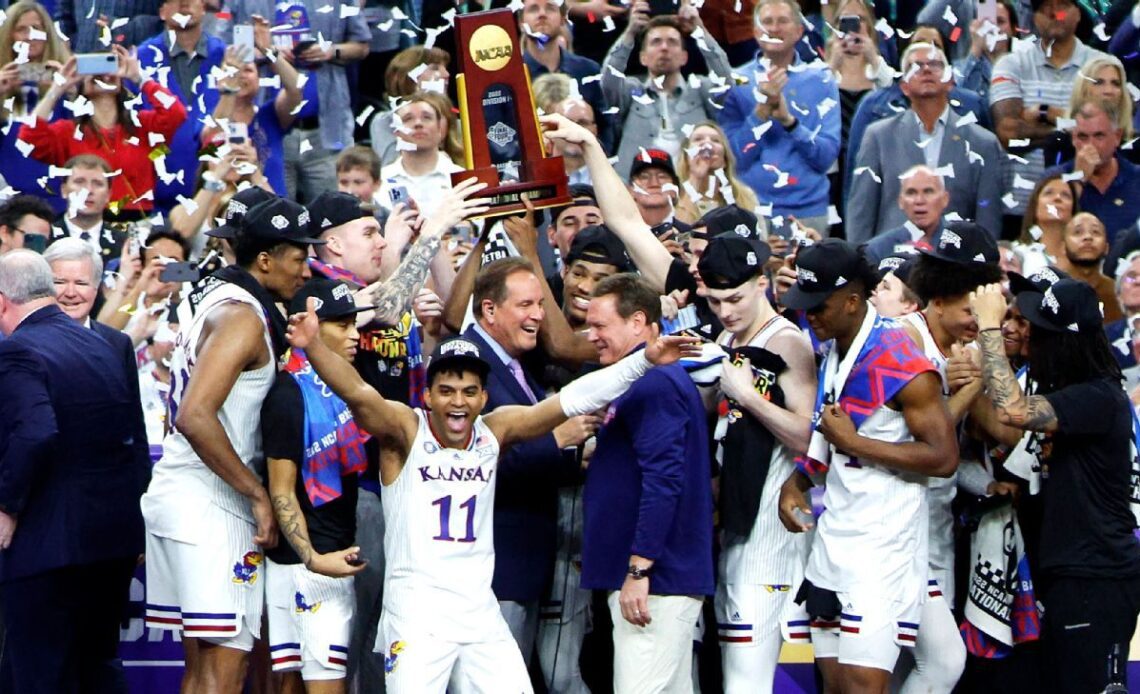 The big question for Kansas entering the 2021-22 season was consistent point guard play. Bill Self went out and landed transfer Remy Martin, an All-Pac-12 guard at Arizona State who was accustomed to being the focal point of the offense. If Martin wasn’t ready to be more facilitator than scorer, Kansas cutting down the nets seemed far-fetched.

Martin started the season well, then battled injuries and was in and out of the lineup for most of conference play. But he played arguably his best basketball when it mattered, averaging 14.0 points, 4.8 rebounds and 2.7 assists while shooting 47.6% from 3 in the NCAA tournament. He was the Jayhawks’ best player in wins over Creighton and Providence. Could Kansas have won the title without Martin excelling late in the season? Doubtful.

There are hundreds of variables that will ultimately factor into which team wins the 2023 national championship six months from now, but in the preseason, it’s all on paper and easier to boil down a team’s fatal flaws to one or two items.

That’s what we’re here to address: The nine biggest questions that will determine the national championship discussion for the 2022-23 college basketball season.

Florida State has no answers for North Carolina as the Tar Heels lead by 38 points at halftime.

North Carolina enters the season as ESPN’s Preseason No. 1 team, with the expectation that it will carry over some of the momentum that propelled it to the national title game before losing to Kansas. There’s obviously some risk here, given this is the same team that lost to Pittsburgh at home and recorded five losses of 17 points or more during the 2021-22 season. But Carolina was also 17-4 over its final 21 games of the season, including two wins over Duke, two wins over Virginia Tech and victories over Baylor and UCLA.

Armando Bacot was as dominant as ever. Caleb Love and R.J. Davis figured out a way to make it work in the backcourt, with Davis taking on a bigger playmaking role. Perhaps the biggest key, especially in the NCAA tournament, was Brady Manek becoming a nightmare for defenses — averaging 17.0 points and shooting 43.2% from 3 in the aforementioned 21 games. Manek is the only key loss from last season’s team, but in his place arrives another stretch-four transfer in former Northwestern forward Pete Nance, who shot better than 45% from 3.

Hubert Davis should have much-improved…