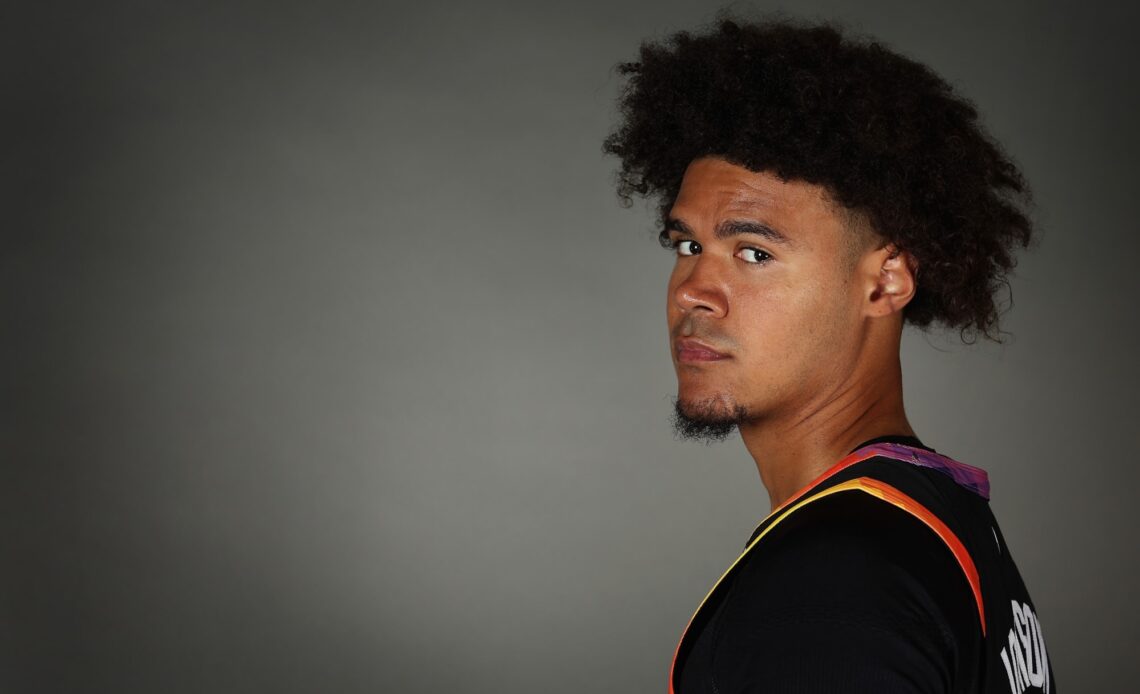 Cam Johnson turned himself into a fan favorite during his two years in Chapel Hill.  However, when he was selected in the lottery of the 2019 NBA Draft, many “experts” felt he would turn into a bust.

Boy, were they wrong.  Johnson has been a huge piece of the Phoenix Suns’ recent turnaround from NBA laughing-stock to Western Conference powerhouse.  The 6-8 forward has averaged double figures each of the last two seasons, helping lead Phoenix to the NBA Finals in 2021 and the number one overall seed in the NBA Playoffs last season.

However, one thing that Johnson hasn’t done much during his time in Phoenix is start games on the court.  With the Suns loaded at the wing position with former Villanova star Mikal Bridges and NBA veteran Jae Crowder, the former Tar Heel has spent most of his young NBA career coming off the bench.

While Johnson has excelled in his role on the bench (he finished 3rd in voting for 6th man of the year last season), it was only a matter of time before he was given a starting role.

That time is now.

With rumors that Jae Crowder wants out of Phoenix, Suns Head Coach Monty Williams announced today that it would be Johnson starting at the 4 for the Suns this season.

Cam Johnson will start at the 4 for the Phoenix Suns this season, h/t @DuaneRankin. pic.twitter.com/KjpSkD5xRJ

It will be interesting to see how much Johnson can improve his statistics with more opportunities on the court.  This increased role could make him a candidate for Most Improved Player in the NBA if he can continue to perform the same way he did on the bench in a starting role.

Hopefully, both Cam Johnson and his brother Puff will have big seasons for their respective teams this year, as Cam will look to earn an extension while Puff aims to help the UNC basketball program win a national championship.