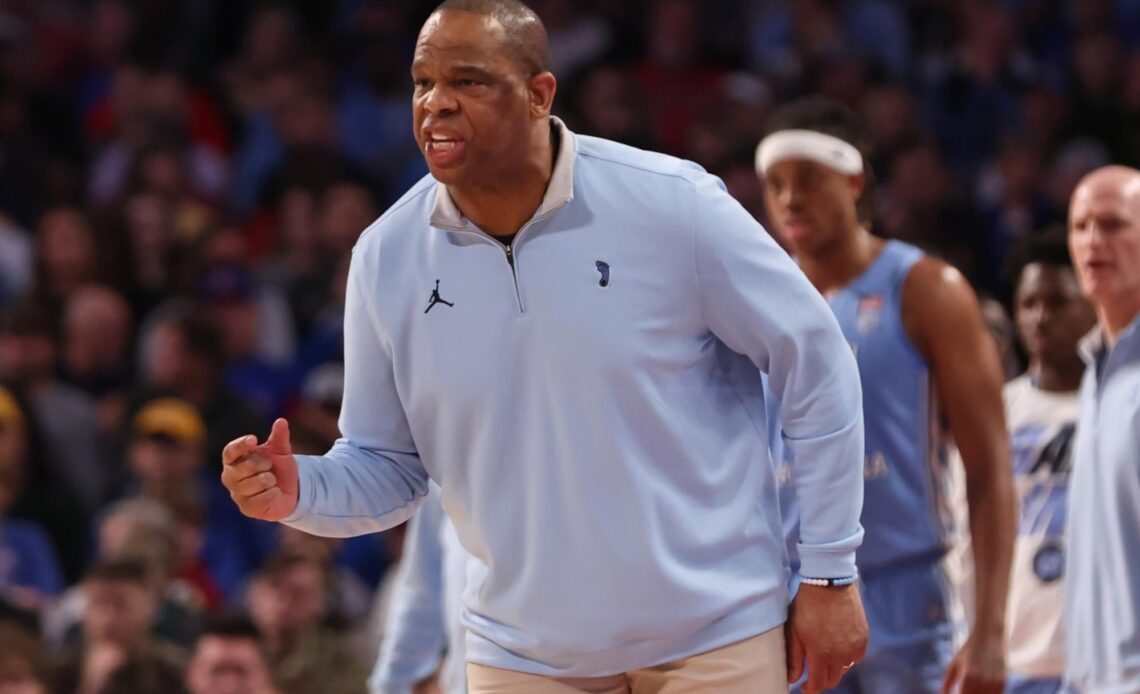 Although inclement weather is projected in the North Carolina area, Zayden High is still expected to make his official visit to the UNC basketball program.

Hurricane Ian has already forced the UNC basketball program to postpone its ‘Live Action’ event for Friday night, but it won’t stop one of the top Class of 2023 prospects from making his official visit to Chapel Hill.

Despite inclement weather and the cancellation of the North Carolina live event, Zayden High will be on campus for his official visit per his father. @HeelIllustrated

Even with ‘Live Action’ being pushed back a week, four-star big man Zayden High will still make his official visit to the University of North Carolina this weekend. This will allow the Tar Heels one final opportunity to stay in the mix for High, who will cut down his recruitment to five programs on Monday afternoon.

High was extended an offer from the Tar Heels in early July, as he’s a player that has been on their radar for some time. The four-star forward, rated as the No. 3 player in the State of Arizona and the No. 48 overall player in the Class of 2023 (according to 247Sports Composite), possesses the skillset that Hubert Davis looks for in a potential ‘stretch four’ option.

It’s a good sign that High will still make his official visit, and it’s even better that the Tar Heels will ultimately have the final say before he narrows down his list of suitors.

Needless to say, this weekend marks a very big weekend for the UNC basketball recruiting team, as they look to add more talent to its ‘Jordan Year’ class that features just one current commitment.