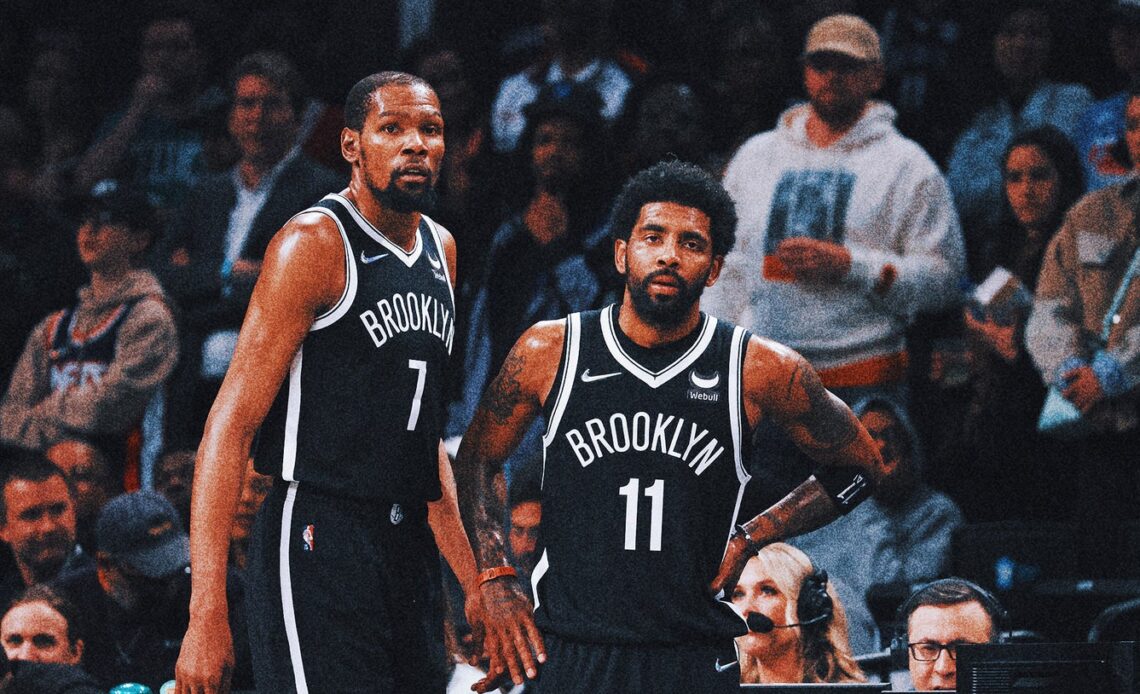 After a summer of discontent that saw superstar Kevin Durant demand a trade and Kyrie Irving waffle about re-signing, the Brooklyn Nets held their Media Day on Monday and addressed several burning issues for the first time.

Durant, who demanded a trade from the Nets on June 30 before rescinding it in August, didn’t shy away from discussing why he decided to come back and honor his four-year, $198 million extension.

The star forward said he had been concerned that the team lost 10 games in a row when he suffered an injury.

“I was more so worried about how we’re approaching every day as a basketball team,” Durant said. “And I felt like we could have fought through a lot of the stuff that I felt held us back.”

Durant said he and team officials came to an agreement that they’d go forward together to build a winning culture.

When asked if he was surprised that he was still with the Nets, Durant said, “I know I’m that good that you’re not going to just give me away.”

Irving’s summer was also wracked with drama, as he waited until near the deadline before opting in to the final year of his four-year contract. He also admitted it was “awkward” that he accepted his contract extension, then Durant demanded a trade.

Irving, who came to the Nets in 2019 with Durant in the hopes of forming a superteam, also addressed the controversy over his COVID-19 vaccine status. Irving had declined the vaccine, meaning he missed all the Nets’ home games because of New York City rules.

The guard said he wasn’t happy that his vaccine status became a “stigma.”

The Nets finished seventh in the Eastern Conference last season with a 44-38 record.

Here are more highlights from NBA media days across the league on Monday:

It appears at least one individual NBA rivalry has come to a screeching halt.

That’s right: Patrick Beverley and Russell Westbrook are besties — at least according to Pat Bev.

“I’ve been here, I don’t know, three weeks? Maybe four? If I had to pick a best friend on the team, it would be him.”

Former Net James Harden, the 2018 NBA MVP and a 10-time All-Star, is no stranger to criticism over his perceived commitment to his health and — most recently — his weight.

The Philadelphia 76ers star touched on this topic while speaking with reporters Monday.

How much weight did he claim to have lost over the offseason?

Jimmy Butler has been having fun with his hairstyles this…