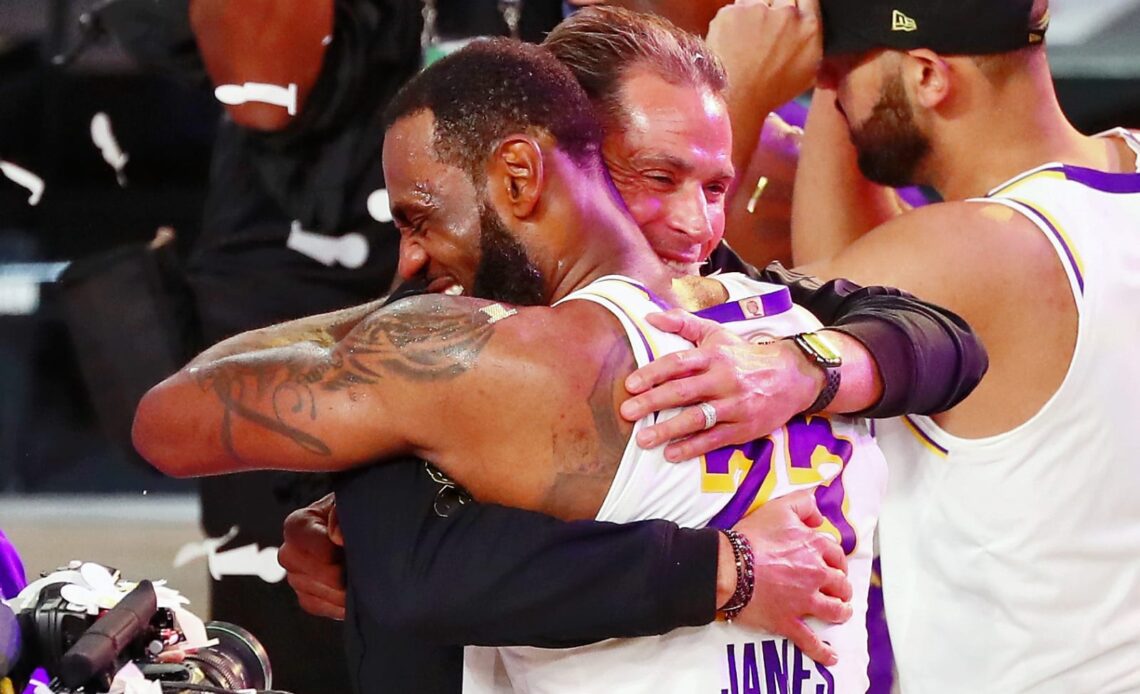 If the Los Angles Lakers want to contend for a championship this season, they’ll need more than LeBron James and a prayer to do it. Competition is steep in the Western Conference as all the teams around them step up with big-time trades and internal growth pushing them deeper into the Playoff conversation. It appears like General Manager Rob Pelinka came to the same realization heading into training camp as he opens the door to a new round of negotiation.

During his availability at the Lakers Media Day session, Pelinka said the magic words that many Lakers fans have been waiting to hear since the summer began — he’s ready to take the next step in pushing this team toward true title contention in 2023.

Rob Pelinka says that the Lakers will do everything they can to improve the roster — including trading first-round picks — because of the commitment that LeBron James gave them this summer by signing an extension.

Pelinka is open to dealing his first-rounders to make the Lakers a contender.

With LeBron signing a two-year extension to remain the face of the Lakers franchise, Pelinka is finally going to put his two first-round picks on the market in pursuit of a championship. Although two picks from a Playoff team may not sound enticing, there’s more than meets the eye. Due to previous trades and the league’s Stepien rule, Los Angeles only has two picks that it can move at this stage: its 2027 and 2029 first-rounders.

These are first-rounders that will be in play starting when LeBron is 42. It would be unprecedented (though somehow, a bit unsurprising) for the superstar to still be playing at that point in his career. So for whoever trades for those picks, it’s a roll of the dice at what may very well be L.A.’s post-LeBron era. Considering the organization’s current lack of assets and instability over the last decade, that’s not a bad gamble to take.

What these picks will mean, however, is that Russell Westbrook is coming back to your team. There are very few players who are even tradable for L.A. right now, and Westbrook’s hefty contract offers a chance to return a package of players who can put you back into the title mix.

Without further adieu, these four trades just came back into play in an enormous way.