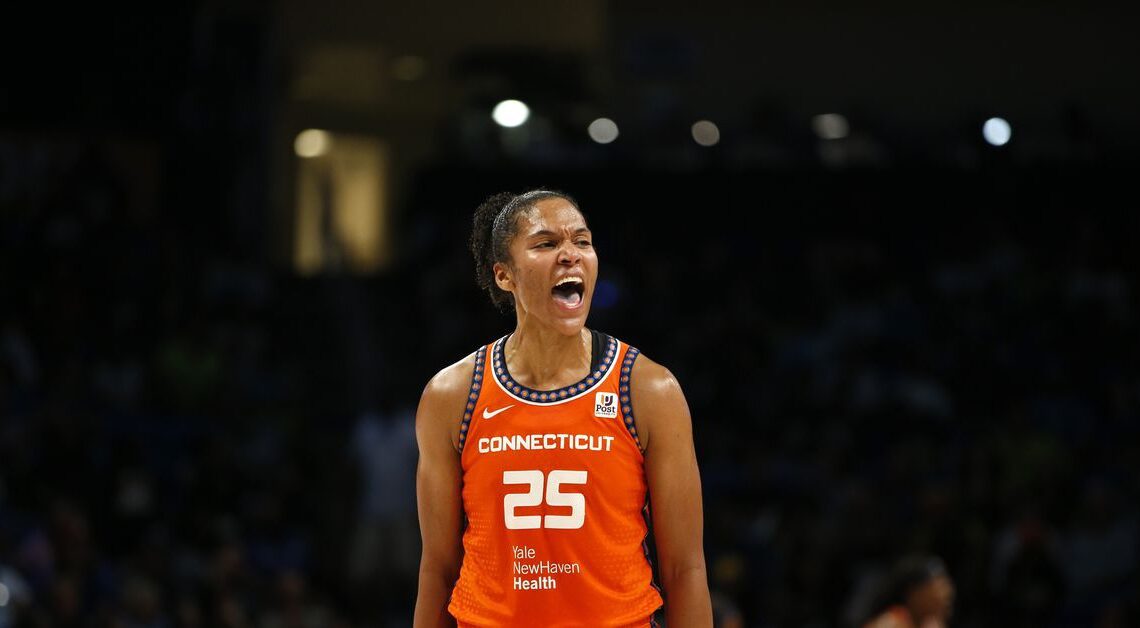 Alyssa Thomas is one of the greatest active WNBA players who played at perennial NCAAW power and has yet to win a championship in college or the WNBA. Tina Charles, the greatest player without a WNBA title, of course won two national championships at UConn.

Two that come to mind ahead of Thomas are Angel McCoughtry (Louisville) and Skylar Diggins-Smith (Notre Dame). Below Thomas, Chiney Ogwumike (Stanford) and Kayla McBride (Notre Dame) are a couple who have been in the WNBA for a minute.

Thomas is one of the best players on this list if we’re looking at career achievements (and, honestly, talent, as only three players in the entire league came ahead of her in MVP voting this year, Plum being one of them). At age 30, she’s also the fourth oldest, behind McCoughtry, Diggins-Smith and Ogwumike, the last of whom is only 22 days older.

Now, this list doesn’t include those who went to non-power colleges. For example, Thomas’ Sun teammate Jonquel Jones, who is just as important to Connecticut and spent a year at Clemson and three at George Washington. But the thing about Thomas is that she went to a school that expected to win a national championship and came close to winning a national championship before falling short. That doesn’t make lacking a championship any more painful for Thomas, but it makes for a storyline.

The only other players in the Finals who are close to Thomas in age or older and have never won it all in college or the WNBA are Jasmine Thomas of the Sun (age 32) and Riquna Williams (age 32) and Theresa Plaisance (age 30 — 36 days younger than Thomas) of the Aces.

J. Thomas, while perhaps not as great a WNBA player as Thomas (though she is a one-time All-Star), is the one whose story most closely resembles that of Thomas. She went to Duke, a perennial power at the time, and played for a No. 1 seed, two No. 2 seeds and a No. 3 seed. The Blue Devils went to two Elite Eights in J. Thomas’ tenure. This is comparable to Thomas’ two Elite Eights and one Final Four derived from one No. 2 seed and three No. 4 seeds at Maryland.

Plaisance made three tournaments with LSU (5, 6 and 7 seed) and made two Sweet Sixteens, but never the Elite Eight. Williams made it to two tournaments (both as a No. 3 seed), but never…