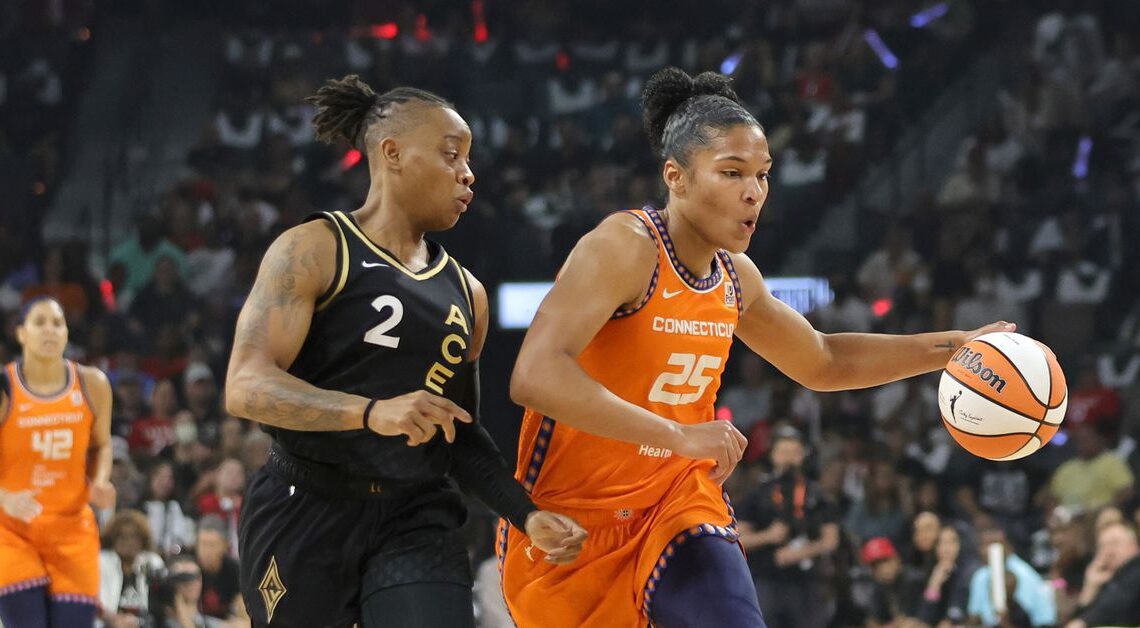 With 1:28 remaining in Game 1 of the 2022 WNBA Finals between the Connecticut Sun and Las Vegas Aces, Sun MVP candidate Alyssa Thomas decided to get super aggressive on the player who is on the hottest playoff streak in league history: Chelsea Gray.

The gamble worked because Thomas is one of the best defensive players in the league and handled it perfectly. It was a trap that lasted about a split second because Thomas deftly reached out a considerable distance and knocked the ball out of Gray’s hands before fluidly taking the ball from mid-court to the Sun’s basket for an easy layup.

Talk about single-handedly putting the team on your back. It was about as dominant an individual play as one could imagine when you consider the ease with which she executed it. And it came at a critical moment as it cut the Sun’s deficit to 67-62 with 1:24 remaining.

Thomas’ second fast break layup in the final 1:24 wasn’t quite as heroic, as the ball just happened to fall right to her on a broken Aces play. The score cut it to 67-64 with 34 seconds remaining, allowing the Sun to play straight up defense on the ensuing Vegas possession. And none other than Thomas grazed a Gray 3-point attempt, allowing the Sun to collect the ball and have a chance to set up a quick two or tying three with 13.4 seconds to go.

ESPN color commentator and women’s basketball legend Rebecca Lobo pointed out while the replay was broadcast that Thomas was smiling while guarding Gray. How many other players besides the one who came in second in Defensive Player of the Year voting this year would be smiling at the prospect of covering a guard who in the playoffs is shooting 61.1 percent from the field and 54.5 percent from three?

With 19 points, 11 rebounds, five assists, three steals and three blocks it had been quite the game for Thomas and her final two minutes were set up to be storybook if the Sun could pull off the miraculous comeback win.

Alas, DeWanna Bonner missed a three with 3.2 seconds left on the clock and Vegas took Game 1.

Thomas, who may have been the Finals MVP in 2019 had the Sun edged out the Washington Mystics in Game 5 and came back 48 hours after a dislocated shoulder to drop 23 points and 12 rebounds in a stunning 2020 semifinal upset, added to her postseason legacy in defeat. Perhaps it is meant for her to be Finals MVP if the Sun win the series and meant for A’ja Wilson to claim that distinction if the Aces win. There is still a long way to go before that…