Who should get cut (or traded) before the season? 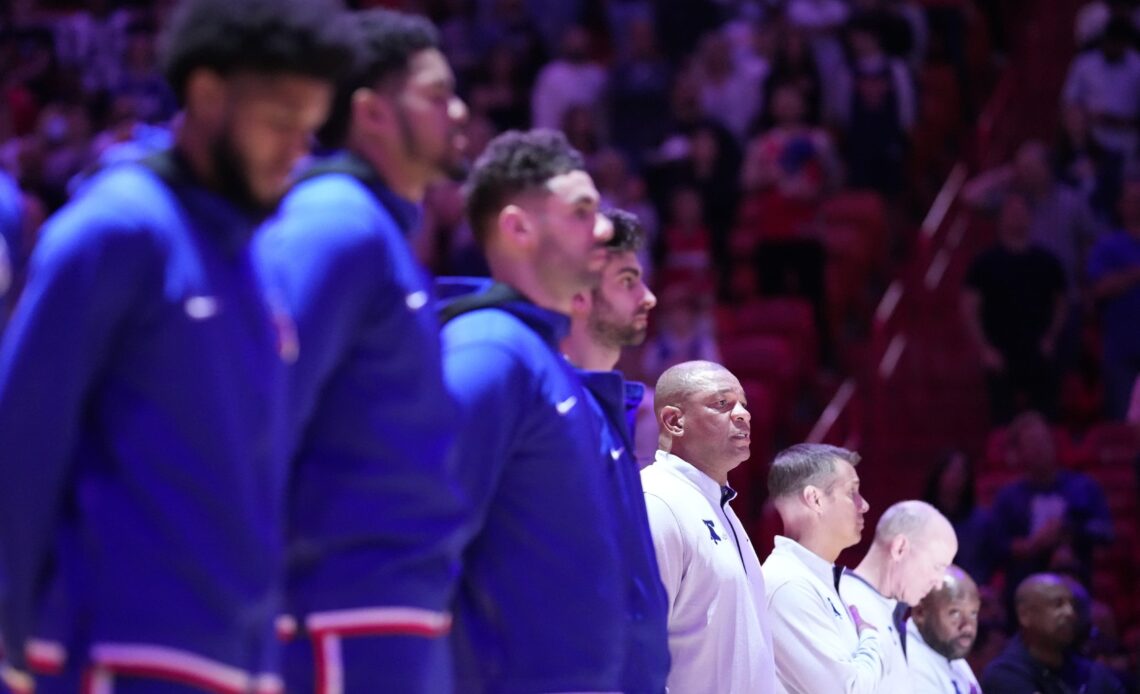 The Sixers currently have 20 players under contract. Two-way deals account for two of those contracts (Charlie Brown Jr. and Julian Champagnie), while Michael Foster Jr. is on an Exhibit 10 deal (which means he will almost definitely end up in the G-League when the season starts). That leaves 17 players fighting to occupy 15 spots on the regular season roster. Daryl Morey and the Sixers will have to cut (or trade) two players before opening night.

One should expect the Sixers to bring all 20 players into training camp. That should allow Doc Rivers to properly survey his options before the final call is made. A good chunk of the final 15, of course, are all but locked in. For the sake of clarity, let’s list the players who are definitely, without a shadow of a doubt, sticking around:

Who will the Sixers cut before the season starts?

Now, let’s go player-by-player through those left in roster limbo — and decide who is likely to remain with the team, and who’s likely to be searching for a new home after training camp.