Who on the team will have the best chemistry? 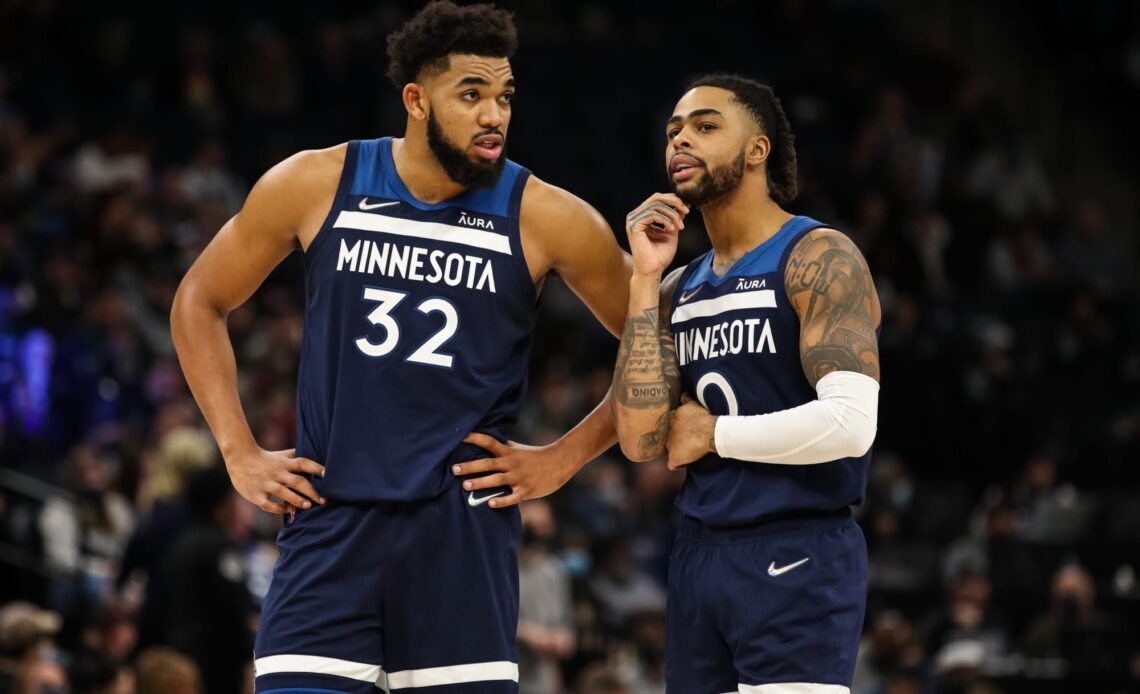 With the new NBA season coming upon us, the Minnesota Timberwolves have been on the watchlist for many reasons. With an impressive NBA Draft and trading during the off-season, many people have a lot of questions about this new-looking Timberwolves roster. One of those questions happens to be:  Which two players on the roster will have the best chemistry this season?

Some ways they have enhanced one another’s game are their ability to find each other on fast breaks, opening the floor for the other to get the go-ahead basket, and assisting the other on defense on the other end of the court. These two have become landmark players in Minnesota for their style of play and for the teamwork that they display on the court during games in tight situations as well.

Russell and Towns have the potential to become a formidable one-two-punch in Minnesota, as Russell’s ability to hit the long-range shot makes him impossible to guard against at long range. His ability to see the open lane to find the open man or drive the basket for the easy layup, and his ability to find his teammates from anywhere on the court, make him a dangerous guard to cover.

Towns’ ability to attack the basket when either on the fast break or being guarded down low, his ability to attack the glass on both ends of the court, and his ability to knock down the three-point shot from time to time, make him almost impossible for some defenses to read on the court.  When these two are on the court at the same time, they make incredible plays, making it very difficult for opposing defenses to find a way to slow them down, due to their style of fast pace offense and tough interior defense.

The two Minnesota Timberwolves All-Stars are one of the best duo’s in the NBA today, and their chemistry is up there with the likes of Stephen Curry and Klay Thompson (Golden State Warriors), Lebron James and Anthony Davis (Los Angeles Lakers), and Jaylen Brown and Jayson Tatum (Boston Celtics).

Don’t be surprised if we see them help improve the Minnesota Timberwolves roster and play for a title this year with Anthony Edwards and Rudy Gobert as well.