What I’m Excited For Week: Sam Hauser can fill in for Danilo Gallinari 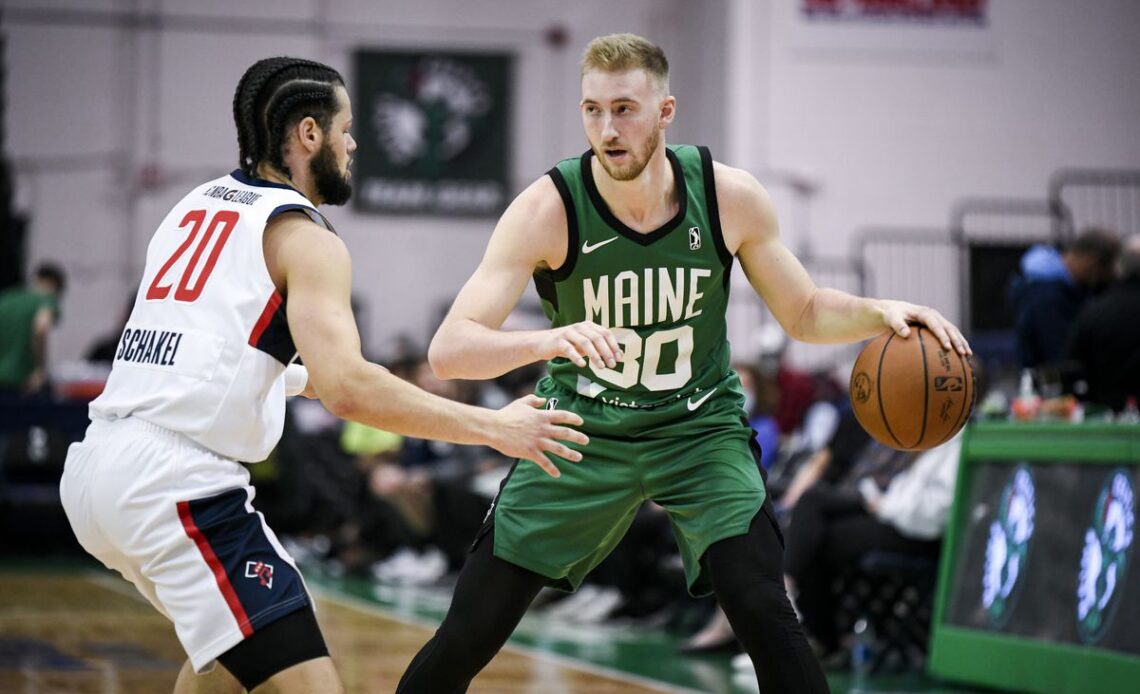 Training camp is still a couple of weeks away, the preseason doesn’t start for another month, and the Boston Celtics don’t open their regular season until October 18. Despite all of that, the team is already missing one of its newest members.

The Celtics have a Danilo Gallinari-sized hole in the lineup.

During the NBA Finals, it became evidently clear that depth was an issue. When players began struggling, Ime Udoka had nobody to turn to at the end of the bench. So, when the offseason opened, Brad Stevens waved his magic wand and dropped Malcolm Brogdon and Gallinari into Udoka’s hands.

But before Udoka even got the chance to make use of his newest weapons, they got cut in half, as Gallinari tore his ACL playing for the Italian national team at EuroBasket. Now, Boston will have to scramble to replace Gallinari’s production, even though he’s never suited up in the green and white. However, as things stand, they seem content to roll into the season with the players they have.

Carmelo Anthony was the hottest name in the rumor mill as soon as Gallinari went down, but according to Brian Robb of Mass Live, Boston isn’t interested. In fact, they aren’t too inclined to bring in anybody ahead of training camp.

“Multiple league sources tell MassLive that the Celtics are not expected to have interest in bringing in the veteran for a signing ahead of training camp. That’s not to say the team is done shaping the roster ahead of the preseason but Anthony isn’t a priority at this point at names that could be brought in. Boston likes a lot of their internal replacement options from what I’ve heard and want to give those names the first crack at minutes.”

The last line of that blurb is the most important information to note – the Celtics are fond of their internal options. At first glance, Grant Williams seems to be the obvious choice to step up, but he was already set to earn big-time rotational minutes. That leaves one other player who Boston could be talking about: Sam Hauser.

Hauser only appeared in 26 games during his rookie season, where he began the year on a two-way contract and eventually earned a spot on the 15-man roster. He averaged just 6.1 minutes per contest and cracked 10 minutes in only five games. However, he was dominant in the G-League and showed enough for Brad Stevens…