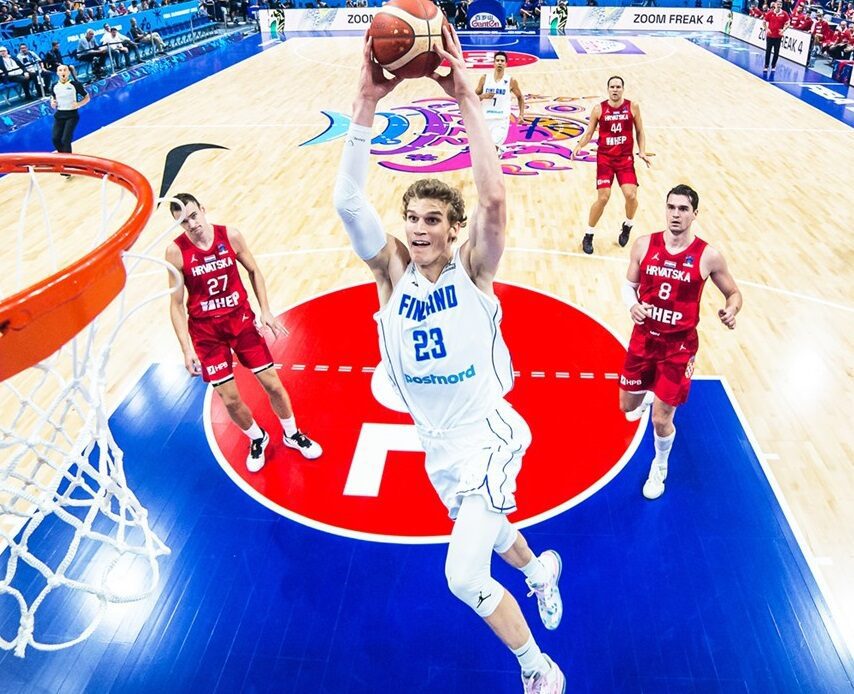 Finland have been nearly men of European basketball for decades. Now that they’ve made the breakthrough, they can’t let the emotion of the moment distract them against Spain, writes Emmet Ryan.

As is the norm at EuroBasket, I posted some videos after Finland’s remarkable victory over Croatia to make the quarter finals of EuroBasket for the first time since 1967. The one that got the least views wasn’t a surprise, it was the only one without Lauri Markkanen’s name in the title because SEO is unfortunately a reality, but it may be the most important about where Finland stands now.

Coach Lassi Tuovi put it better than I ever could: “It’s not us only, the generations before, people who work daily for basketball in Finland…It’s a day to be proud but we are not done, we are not celebrating. We just want to keep going.”

That journey has been quite something. Petteri Koponen, at 34, is in his 16th year with the national team. For a long time he was the man Finland relied on most, he was the player Lauri Markkanen looked up to locally when he was growing up. Now, with his hair thinning, he has made the breakthrough. Shawn Huff (38), Sasu Salin (31), and so many more are breathing air they previously only hoped of sniffing.

The difference, obviously, is Markkanen. He’s a generational talent who didn’t allow the distraction of being traded from the Cleveland Cavaliers to the Utah Jazz on the eve of the tournament distract him. Markkanen has put up tournament MVP calibre numbers with 27.8 ppg and 7.7 rpg. There was, of course, that famous 43 points and 9 rebounds performance in the last 16 to drag Finland over the line to announce his importance to the side as though the whole tournament wasn’t already aware.

I was there in 2014, as around 40 Finnish journalists watched in horror as a last day loss to New Zealand knocked them out of their maiden World Cup at the group stage. Finland had famously gotten in as a wild card backed by the creators of Angry Birds but it was an oh so close moment amongst a collection.

Markkanen’s first tournament leading this side was 2017, when he was the star in front of home fans in Helsinki and a horde of Susijengi went to Istanbul…