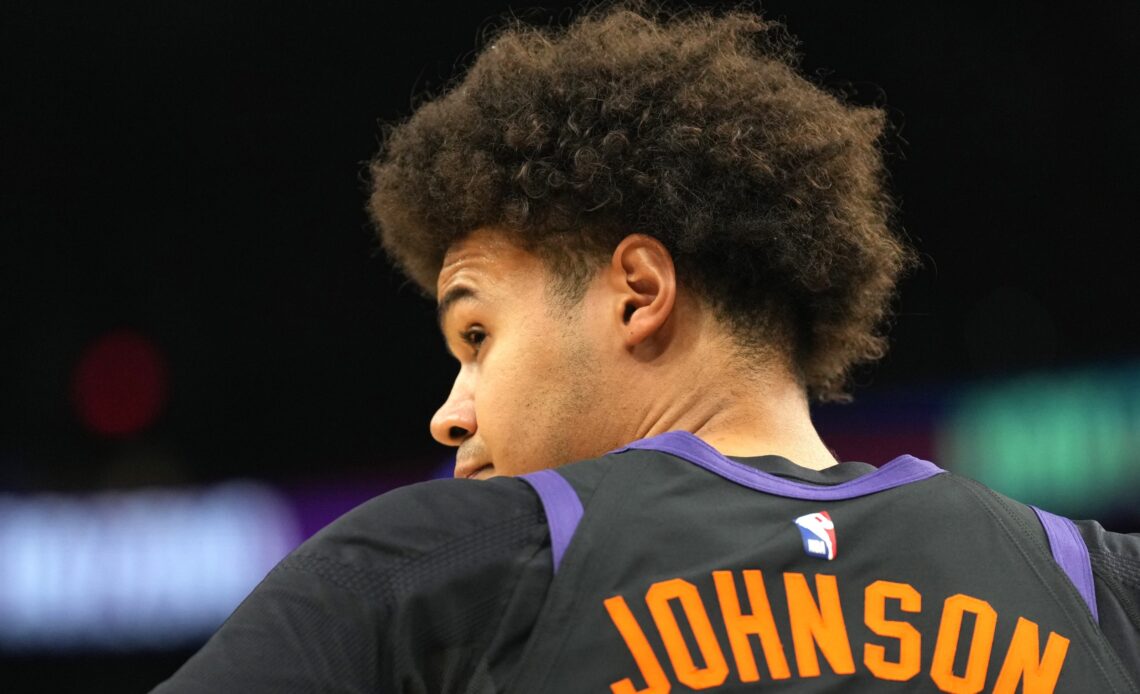 The Phoenix Suns offseason has been predicated on bringing back their core players, with the franchise hoping that continues over the next month.

Forward Cameron Johnson had a career-best season in 2020-21, finishing third in Sixth Man of the Year voting thanks to 12.5 points per game on an astonishing 42.5% from three.

According to Duane Rankin of the Arizona Republic, talks are progressing on an agreement between the front office and Johnson’s management.

“We’re having discussions. Cam is a big part of what we do. Really excited for the progress he’s shown over the last few years, especially last year. He’s primed to take some steps forward”, Jones said.

What number the two sides agree on will be interesting, particularly given the potential of Johnson entering the Suns starting lineup this season. Nothing is set in stone yet, but he appears a good chance of overthrowing Jae Crowder, assuming the Suns don’t make a move for an alternative third option.

The 26-year-old also faces a challenging balance moving forward. Given his late start after five seasons in college, Johnson will want to maximise his earnings across this next contract. However, he’ll also believe he has individual growth in his game, and therefore wants to be compensated for the expected value he’ll reach.

This is all about negotiations though at the end of the day – the Suns front office may start at $15 million a season, while Johnson’s management may be looking for closer to $25 million. A four-year contract will likely work for both parties – Johnson can lock in his money while Phoenix may project it as a team-friendly deal by the back end.

Realistically, the sides may likely come together on somewhere between $70-80 million across four years. Rookie extension rules means the deal needs to be done by October 17, otherwise Johnson will enter restricted free agency like Deandre Ayton did last season.