Across September, Valley of the Suns will deliver predicted stat lines for all 16 players currently contracted to the Phoenix Suns for the 2022-23 season.

Josh Okogie was recently labelled as the Phoenix Suns’ ‘best new weapon’, but how much on-court value will he actually provide this season? The 24-year-old is entering an important juncture with his career hanging in the balance ahead of his fifth season in the league.

Most players want to attack their second contract ready to explode from a consistent upwards trajectory. However, for Okogie, he needs to re-establish himself in the league after a poor season in Minnesota in 2021-22

One major facet will decide if Josh Okogie’s season with the Phoenix Suns is be a success, and where his future in the league may lie afterwards.

Okogie’s shooting issues have been evident throughout his career, and it seemed like the Timberwolves were unable to overcome them as time passed on. Following some promising signs early in his career, Okogie fell out of the Minnesota rotation and played a career-low 10.5 minutes per game. 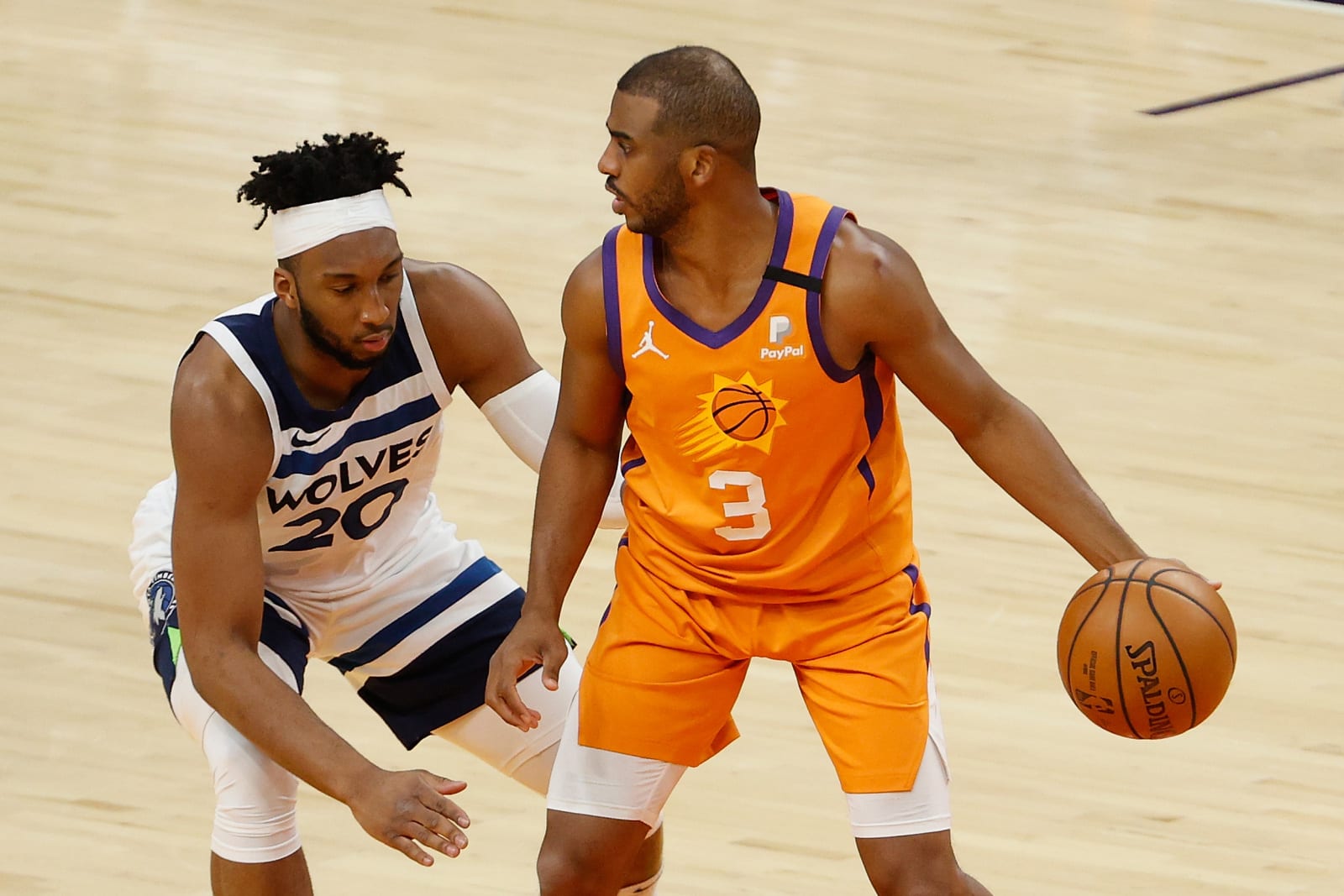 Having signed a one-year minimum deal with the Suns, Okogie will be hoping he can turn around his fortunes with a fresh start. Entering the league as a defensive weapon, he’s been unable to conjure the kind of offensive skill set required to be a regular rotational player in a good team. Can that change?

Okogie is a career 27.5% three-point shooter, an unfulfilling mark for anyone considered as a shooting-guard or small-forward. There’s little to suggest that things will change significantly, aside from the fact he’s now playing alongside more renowned playmakers.

That aspect may not necessarily help his shooting, but perhaps Okogie can carve a role as a willing cutter who’s athleticism can be better utilized on offense. One has to wonder if Phoenix could use him like the Brooklyn Nets have used Bruce Brown in recent seasons – a defensive wing who plays as a big man on offense.

He will battle alongside Torrey Craig for minutes as a defensive-minded backup wing. The latter may start the season in that role, however Okogie’s comparative youth means there’s is upside there to surpass Craig and secure a regular role.