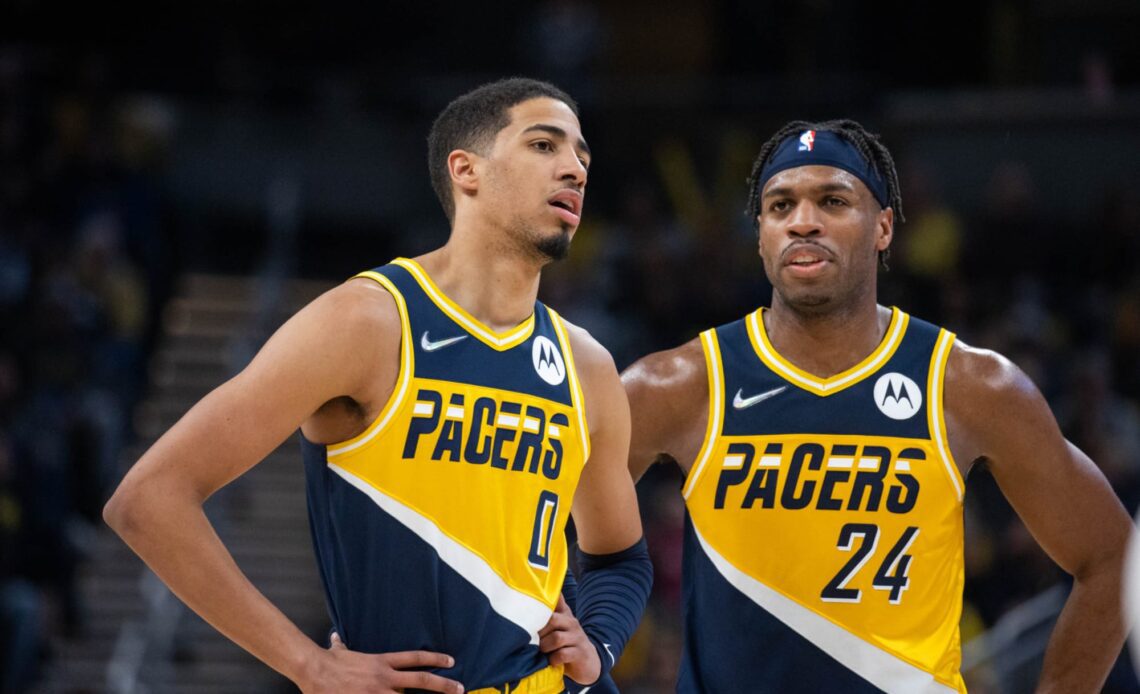 Bringing back one of the brighest young guards in the NBA and a bonafide sniper on a reasonable deal, the Indiana Pacers struck gold when trading All-Star big man Domantas Sabonis. Several months after finishing with the Eastern Conference’s 13th seed, the team picked highly-touted Arizona wing Bennedict Mathurin and traded combo guard Malcolm Brogdon for a mixed bag of young talent and draft assets.

Overall, it’s been a solid stretch of transactions for the Indiana Pacers. The team also managed to re- sign big man Jalen Smith on an inexpensive two-year contract while filling out a competitive roster blending aspiring talent and known commodities. In an Eastern Conference of the past, this would’ve been a recipe for success. This team could compete for a playoff bid between the fifth and eighth, pack the arena for some postseason basketball and start the cycle again when they lose to a superior team.

However, the league is changing and the Eastern Conference is more competitive than ever. If they don’t commit firmly to one direction or the other, Indiana may set itself up for a Groundhog Day scenario in which they’re stuck in an endless loop.

The Indiana Pacers should commit to a direction before it’s too late.

There’s a compelling young core budding in Indianapolis, but they don’t have the fulcrum from which a contender can be constructed. Getting that player may seem like an impossible feat, particularly as a small-market NBA team, but the Pacers have a path to success that shouldn’t be denied for a couple of extra wins.

Sneakily, the Pacers are in the midst of building a young core that’s more compelling than they get credit for. Beyond Tyrese Haliburton and Mathurin, there are players at every position with legitimate potential waiting for their chance to prove it: Isaiah Jackson, Aaron Nesmith, Andrew Nembhard, Smith, Terry Taylor and Kendall Brown all have promise in their own right.

By trading Sabonis and Brogdon, Indiana’s front office began to address the issue hanging over its roster: there are two timelines in place that don’t make sense together. Talented veterans clash with young talent vying for those minutes in a scenario that’s destined to place the team back in the draft lottery with odds too low for a legitimate chance at a top pick.

With center Myles Turner on an expiring contract and Buddy Hield expiring the year after, the Pacers should be looking to offload these players as soon as possible. Not only will…