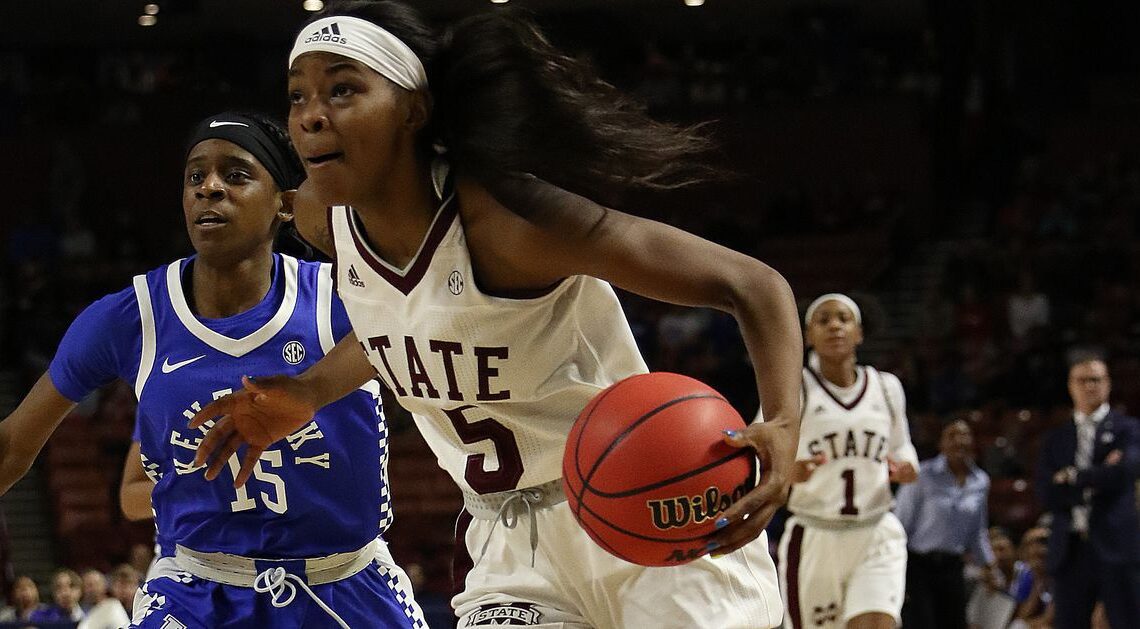 When evaluating WNBA draft prospects, their theoretical fit on a WNBA roster is usually one of the first things that’s brought up. How will their games translate? How will their skillsets complement those of their new teammates? What will their roles be as professionals?

In some cases, similar questions need to be asked while those players are still in college. Rickea Jackson, who began her collegiate career at Mississippi State before transferring to Tennessee this past spring, is a great example of a player whose statistics need quite a bit of additional context.

Jackson originally committed to play for the Bulldogs under Vic Schaefer and was considered one of the SEC’s rising stars, but was on her third head coach in as many seasons by the time she was a junior. Schaefer had moved on to coach the Texas Longhorns and was replaced by Nikki McCray-Penson, who resigned after just one season. Associate head coach Doug Novak took over in the interim, but Mississippi State did not name a full-time replacement until after the 2021-22 season had ended, by which point the program had virtually no continuity on or off the court.

The environment she had once committed to now almost unrecognizable, Jackson chose to enter the transfer portal in the middle of the 2021-22 season, eventually settling on Tennessee. There, she joins a talented roster that expects to finish near the top of the SEC standings; if all goes well for Jackson and the Lady Vols, she’ll be one of several Tennessee players to hear their names called in the 2023 WNBA Draft.

Jackson was one of the most highly-touted high school recruits in the class of 2019, earning a No. 5 overall ranking from ESPN HoopGurlz and a No. 3 overall ranking from ProspectsNation. She was named Michigan’s Miss Basketball as a senior and was also chosen as a McDonald’s All-American.

Jackson made an immediate impact at Mississippi State, leading the team in scoring as a freshman (15.1 points per game) while averaging over 30 minutes per game. She continued to lead the Bulldogs in scoring as a sophomore (14.9) and as a junior (20.3), routinely making appearances on national player of the year watch lists and earning a Top-10 finish in Cheryl Miller Award voting (given to the nation’s top small forward) in 2022, despite playing only 15 games that season.

Internationally, Jackson has been one of USA Basketball’s brightest young stars. She won a gold medal as part of Team USA’s 3×3…