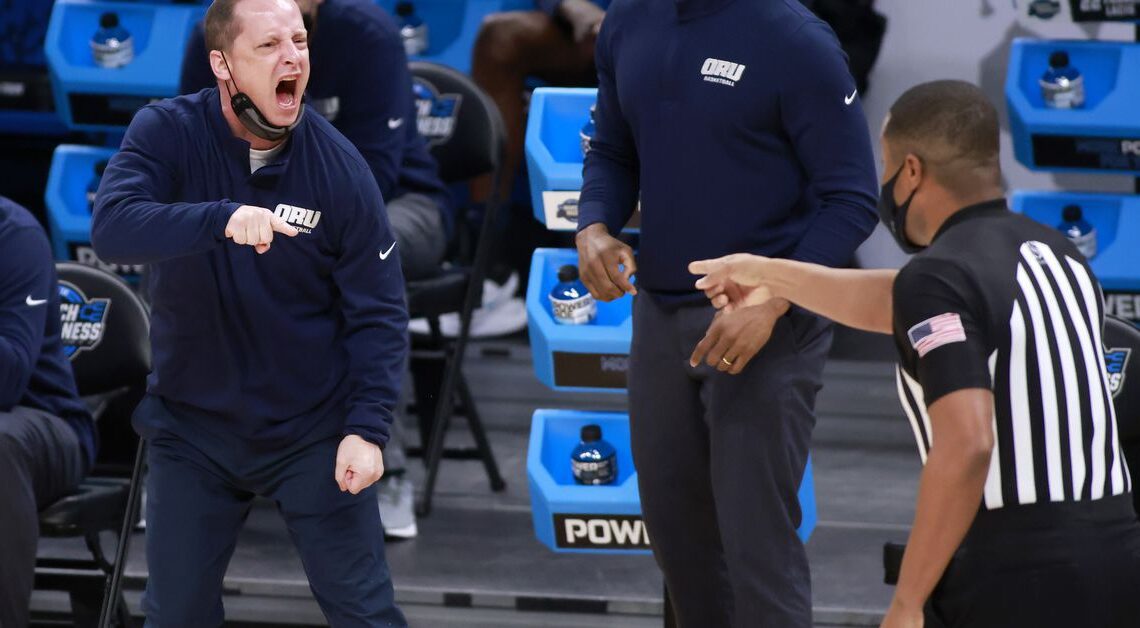 Last Wednesday, we continued conference previews with the Summit League. Every week on Twitter, we will preview two conferences, streaming live from the Mid-Major Madness account (@mid_madness) while speaking with media members and coaches throughout the selected league.

For the full Twitter Space, hit the link below:

To open the conversation, guest-host Reaching the Summit’s Todd Buckingham. and us recapped what happened in the Summit League last season and so far this offseason. South Dakota State ran the table to the regular season and conference tournament title, and became the first team in league history to do so. They battled Providence in the Round of 64 but fell short by a final score of 66-57, losing the likes of Baylor Scheierman and Noah Freidel soon after. In other parts of the league, programs such as Kansas City (Marvin Menzies), Omaha (Chris Crutchfield), and South Dakota (Eric Peterson) hired new head coaches.

Oral Roberts head coach Paul Mills (4:45) hopped on to talk about his recent success in Tulsa. The Golden Eagles made the Sweet 16 in 2021 and return one of the best players in the nation in Max Abmas — who has won back-to-back conference player of the year titles, was named to many preseason All-America teams, and averaged 22.8 points per game last season.

The Golden Eagles will more than likely be picked as the preseason favorite by the league.

Following him, South Dakota head coach Eric Peterson (38:45) joined the space. Peterson re-recruited the whole team in his first offseason, returning four all-league players (Mason Archambault, Kruz Perott-Hunt, Tasos Kamateros and AJ Plitzuweit) and getting the freshman of the year in the league, Paul Bruns to transfer over from rival North Dakota.

“They really like this place or love this place and they want to be here. Mason (Archambault) wouldn’t of come back if he didn’t truly love it. I asked Mason when I say down with him the very first time, ‘Why’d you come to USD?’ he’s like, ‘Coach, this is my dream school,’” Peterson said.

The Coyotes should be towards the top of the Summit League.

Nick and Todd then continued the conversation by previewing every team in the league. To hear about your team, advance the recording to each time stamp.