Looking back on the Connecticut Sun in the WNBA 2019 Finals 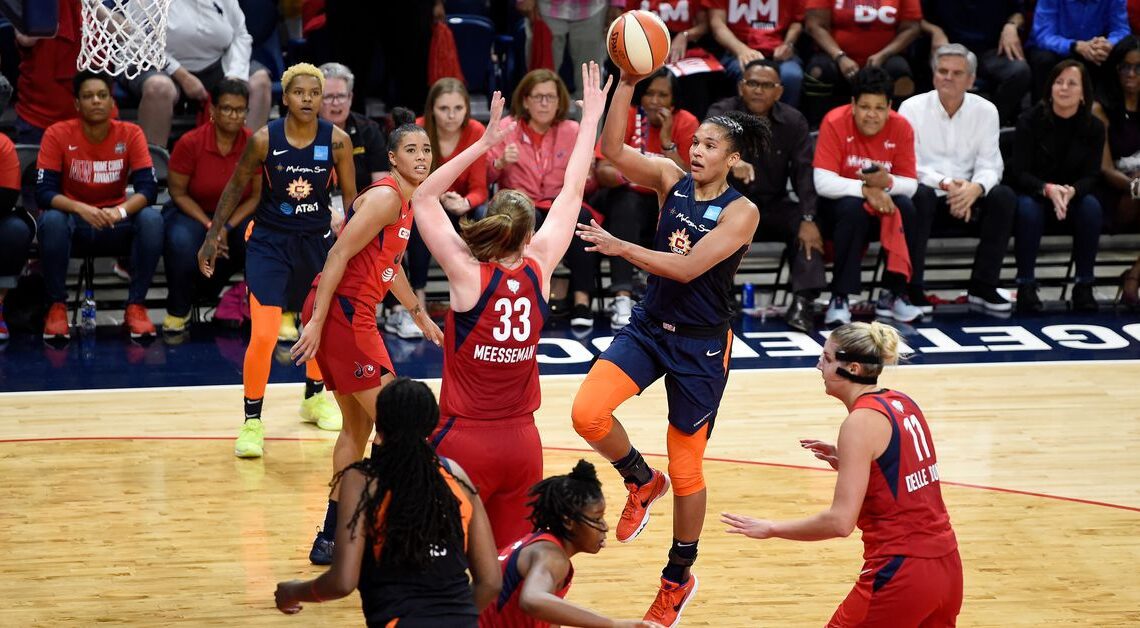 Last Thursday, the Connecticut Sun made history, finishing Game 5 of the semifinals against the Chicago Sky on an 18-0 run to advance to the WNBA Finals. The last time they reached the Finals was in 2019. It was a battle of two heavyweights: the Washington Mystics and Connecticut Sun.

The Sun lost the series in five games, but what went wrong? Let’s take a trip down memory lane.

Looking back at this game, it is easy to understand why the 2019 Mystics are widely considered to be the best offense in WNBA history and arguably in basketball history. This team literally broke analytics that year; however, looking strictly at the numbers won’t do them justice. It’s hard to really fault Connecticut for losing this game. The Mystics were just too potent.

Reflecting on this game, Kristi Toliver’s impact on and off the ball is what stands out the most. Toliver is an incredible three-point shooter, and her ability to read the Connecticut defense helped create countless open shots for teammates. She finished 2nd in the WNBA in box creation that season, which estimates the number of open shots created for teammates per 100 possessions (min. 700 minutes).

The spacing the Mystics guards created allowed for Elena Delle Donne and Emma Meesseman to play almost the entire first half without seeing a double team. Washington led by as much as 17 points before Connecticut rallied to trim the deficit to four late in the game. It was crucial offensive rebounds that doomed the Sun in the fourth, as Washington would go on to win Game 1 95-86.

Early in the first quarter, Delle Donne suffered a back injury, which kept her out for the remainder of the game. Her absence put the Mystics in a serious bind as Toliver and Meesseman had to carry a much bigger load offensively. Delle Donne’s injury proved too much to handle for Washington as the Mystics were absolutely dominated on the offensive glass. Second chance points were 29-10 in favor of the Sun.

Connecticut’s Jonquel Jones put on an absolute clinic in the low post. Washington had no answer for her on the glass, as she finished with nine offensive rebounds, a WNBA Finals record. Her defense proved too much for Washington’s guards as well. The Sun made a conscious effort to push the pace after every Mystics miss, and although they didn’t pick up too many fastbreak points, Washington routinely broke down in transition this game, which led…