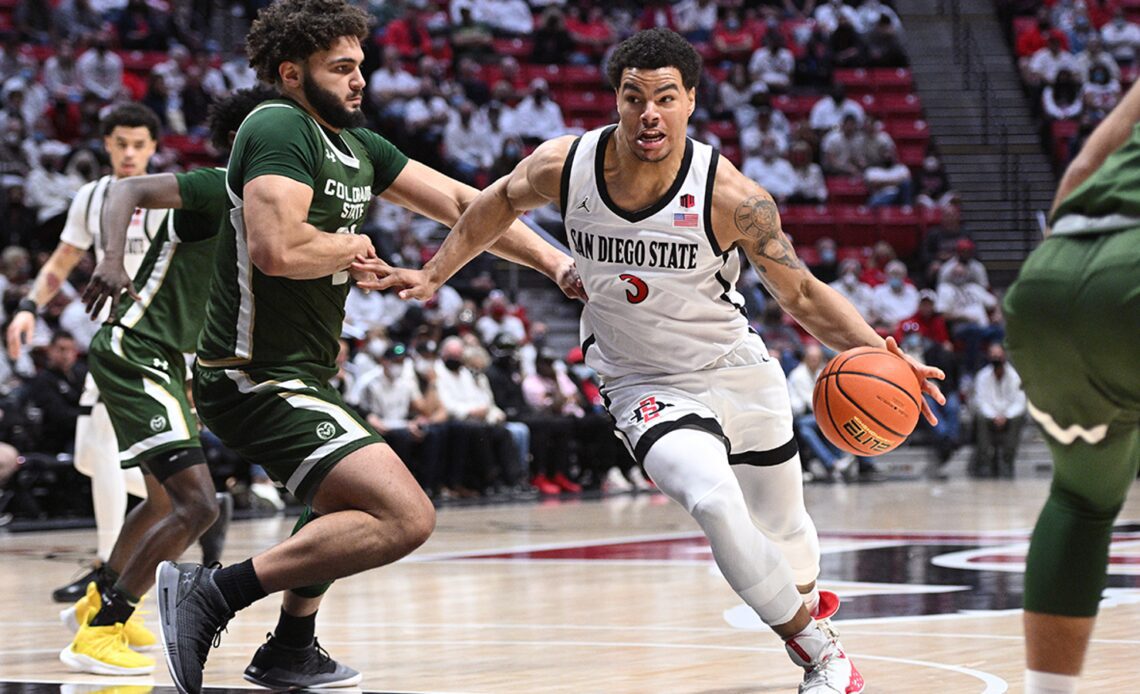 Editor’s note: John Fanta is counting down his top 15 college basketball teams at regular intervals leading up to the start of the 2022-23 season. Checking in at No. 15 in “Fanta’s 15” is San Diego State.

Over the past three seasons, San Diego State has a combined record of 76-16.

We can only wonder what could have been for the Aztecs in 2020 had the NCAA Tournament not been canceled. They were 30-2 at the time and filled with potential for a deep run.

Entering his sixth season at the helm, coach Brian Dutcher will enter this campaign with just about every box checked for the Aztecs to play deep into March. Think about this: Dutcher is the only coach in program history to win at least 20 games in each of his first five seasons. He’s also been to the Mountain West Championship Game each year he’s been on the sideline, winning it twice.

Despite all the regular-season success, Dutcher and the Aztecs have yet to break through in March. After collapsing last year against Creighton in the first round of the NCAA Tournament, there’s plenty of motivation to flip the script on the big dance floor this year.

There’s no shortage of experience — it will be the best trait of this team.

The Aztecs return four of their five starters from last year’s 23-9 team, with fifth-year senior Matt Bradley leading the way. The 6-foot-4 guard transferred from California following the 2020-21 season and made an instant impact, being named an all-conference first-teamer and the Mountain West Newcomer of the Year.

The team needed someone to steer the ship offensively, and Bradley took the role and ran with it. He averaged 16.9 points and 5.4 boards per game, shooting 44% from the floor and 40% from 3. Bradley’s return to the program is huge for scoring stability, and he is on track to be one of the best guards in the country outside the Power 6.

Junior Lamont Butler will join Bradley in the backcourt and run point for the Aztecs. He averaged 7.3 points and 2.1 assists last season, but really made an impact on defense, where his 46 steals ranked second in the Mountain West and landed him a spot on the conference’s all-defense team.