Cade Cunningham remains the No. 1 pick 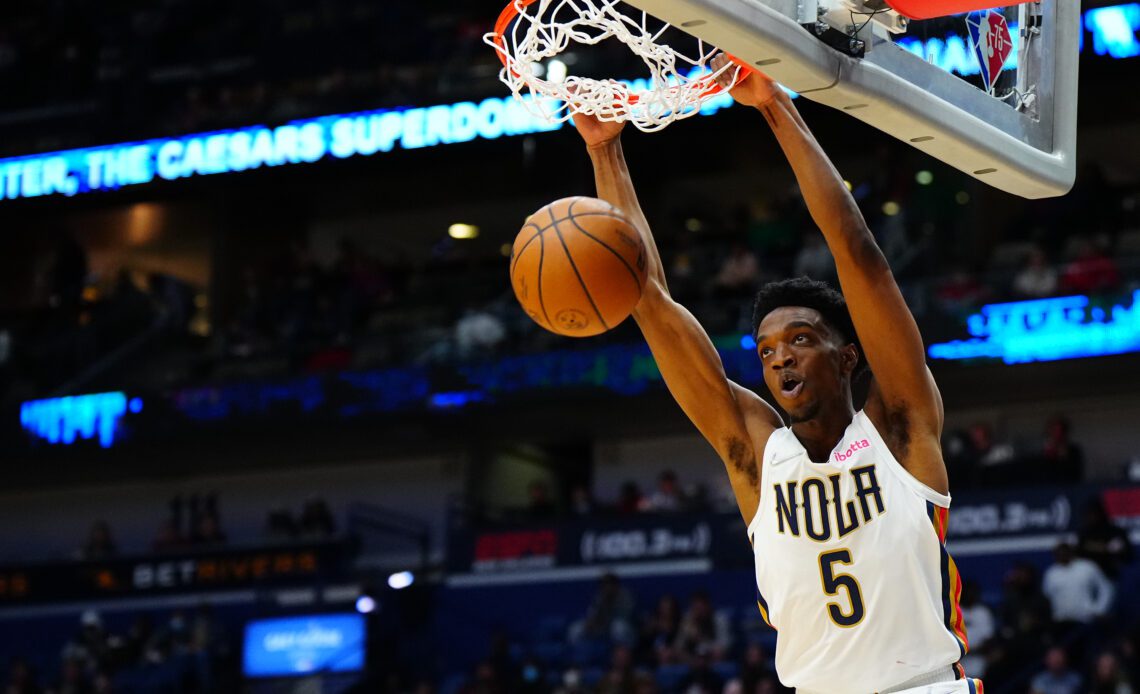 Jones, who was the 35th pick, emerged as a key player for the Pelicans last season and was a huge reason why they lasted six games versus the Phoenix Suns in the first round of the playoffs. It is quite remarkable that he was still on the board at 35 last year.

He was named to the All-Rookie second team after averaging 9.5 points, 3.8 rebounds, 2.1 assists and 1.7 steals. His 130 total steals ranked third among all players in the NBA while his 243 total deflections were fourth. He was the only player to have at least 120 steals and 50 blocks.

This point of the re-draft is when things open up a bit with several candidates for this spot.

However, what Jones can do defensively is a huge reason why he is ranked ahead of several lottery picks from a year ago. He still has room to grow offensively but his defensive skill set and anticipation are something to behold.