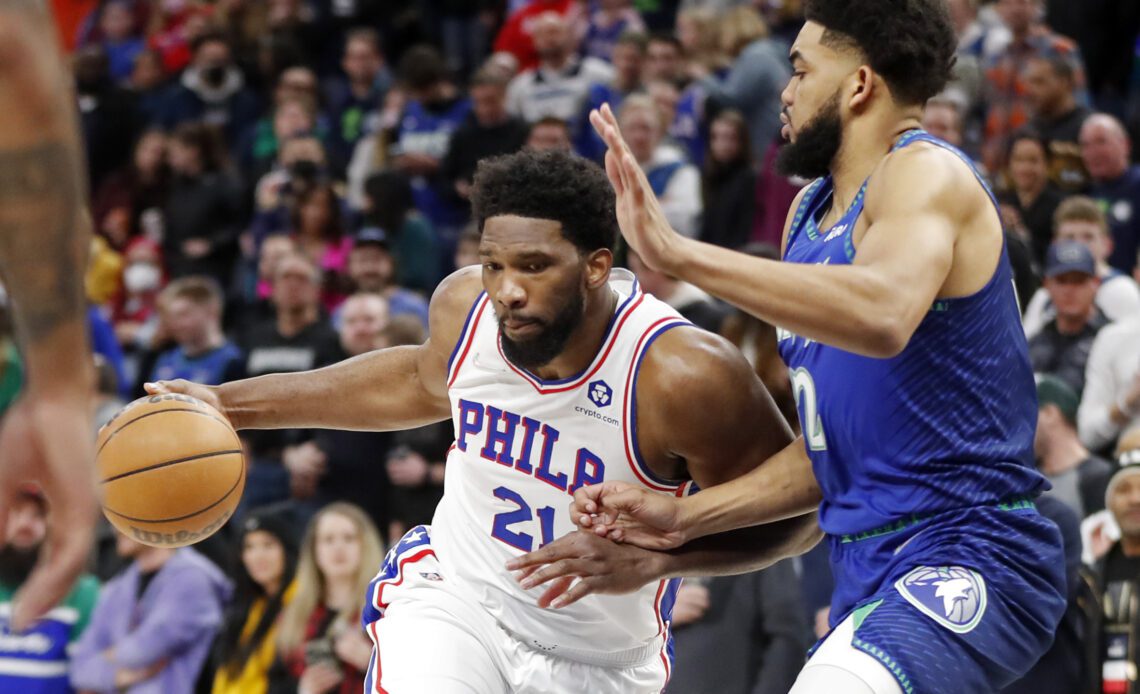 As the Philadelphia 76ers head into the 2022-23 season, the focus for them will be making sure Joel Embiid, James Harden, and Tyrese Maxey are all on the same page in order to lead the team to success. Those three are hugely important to Philadelphia and they will decide how far they go.

With training camp right around the corner beginning on Sept. 27 in Charleston, South Carolina, now is the time to look at the possible ceilings and floors of the team’s star trio as they move forward for the 2022-23 season.

Bleacher Report’s Zach Buckley placed a ceiling and a floor for Embiid, Harden, and Maxey, and now is the time to analyze it all:

Buckley sees Embiid’s ceiling as both regular season MVP and finals MVP. The big fella has come up short in the MVP voting to Denver Nuggets big man Nikola Jokic in each of the last two seasons and that has to add fuel to his fire for the 2022-23 season.

There isn’t much room to grow his numbers at this point—beyond making more appearances—but the significance of those stats could rise if the Sixers soar around him. If he can steer a championship run, look for him to collect both MVP and Finals MVP honors. 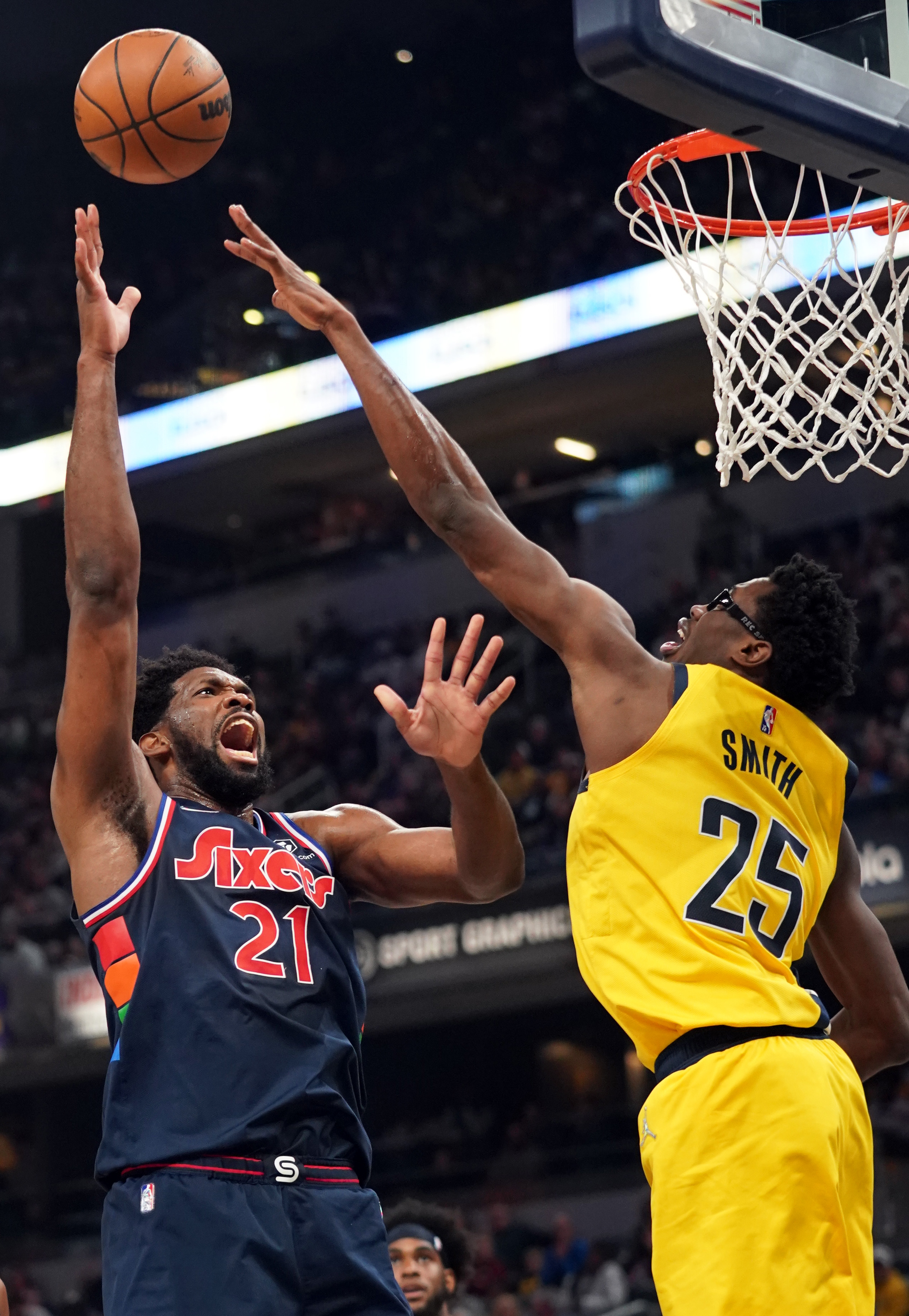 The floor for Embiid is pretty easy to figure out as Buckley puts it as he misses too many games to factor into the MVP race and it derails Philadelphia’s season. The big fella has yet to play 70 games in a season in his career and while the majority of his injuries are freak accidents, it doesn’t change the fact that he has missed time. The hope is that he can play a large number of games in the upcoming season.

The next time Embiid plays 70 games in a season will be his first. His 68 appearances this past season marked a new career-high. His 14 absences didn’t do too much damage to his season or Philly’s, but doubling that number could cause real trouble for both.

Should something strike down the 7-footer for one-third of the campaign or more, then neither he nor the Sixers will win anything of significance. 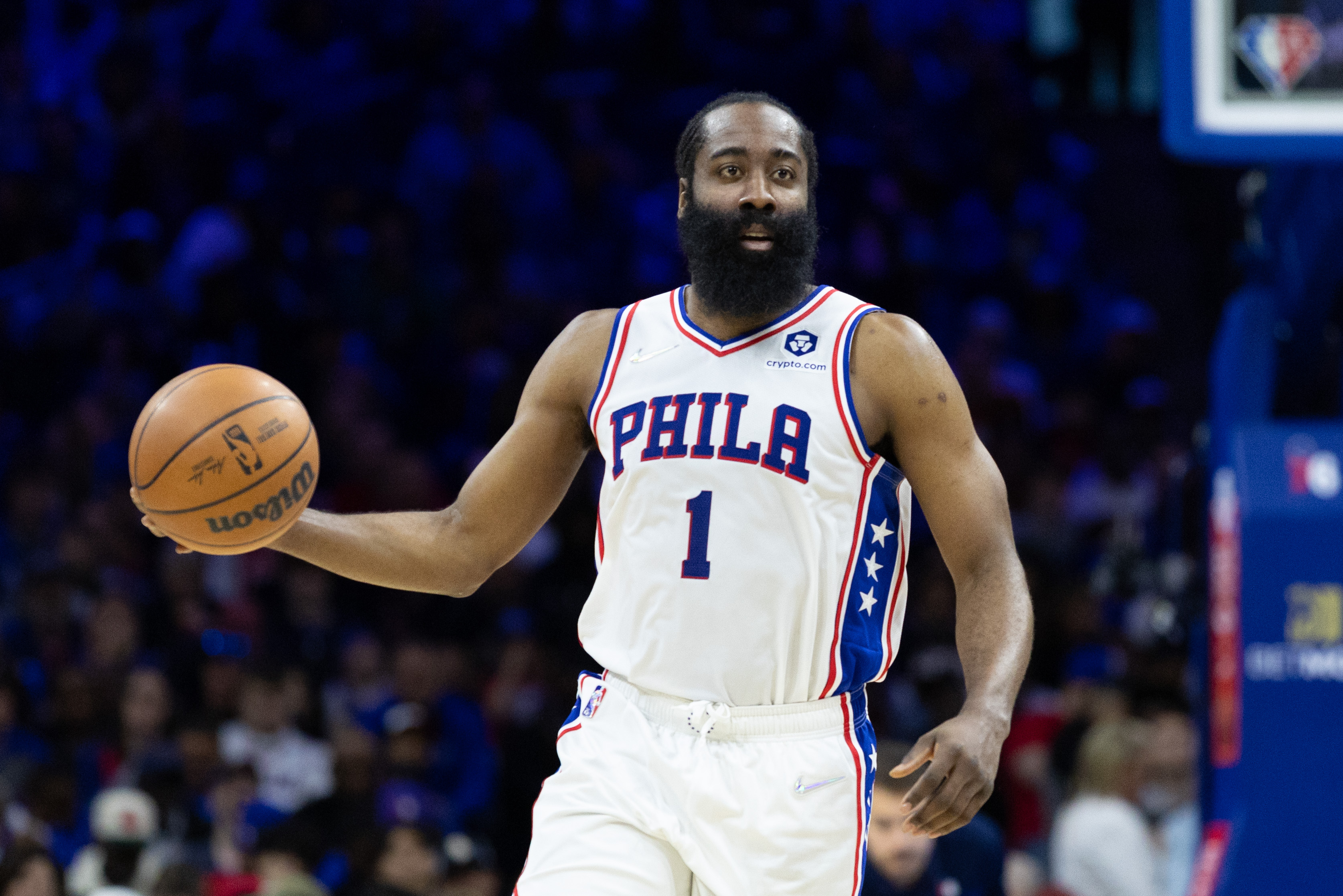 The ceiling for Harden is he gets his burst back after an offseason of rest and he chases after an All-NBA spot. In 21 games after the trade, The Beard averaged 21 points, 10.5 assists, and 7.1 rebounds. Those numbers are very good, but Philadelphia needs more in order to compete in a…