Zion Williamson is the next Giannis Antetokounmpo 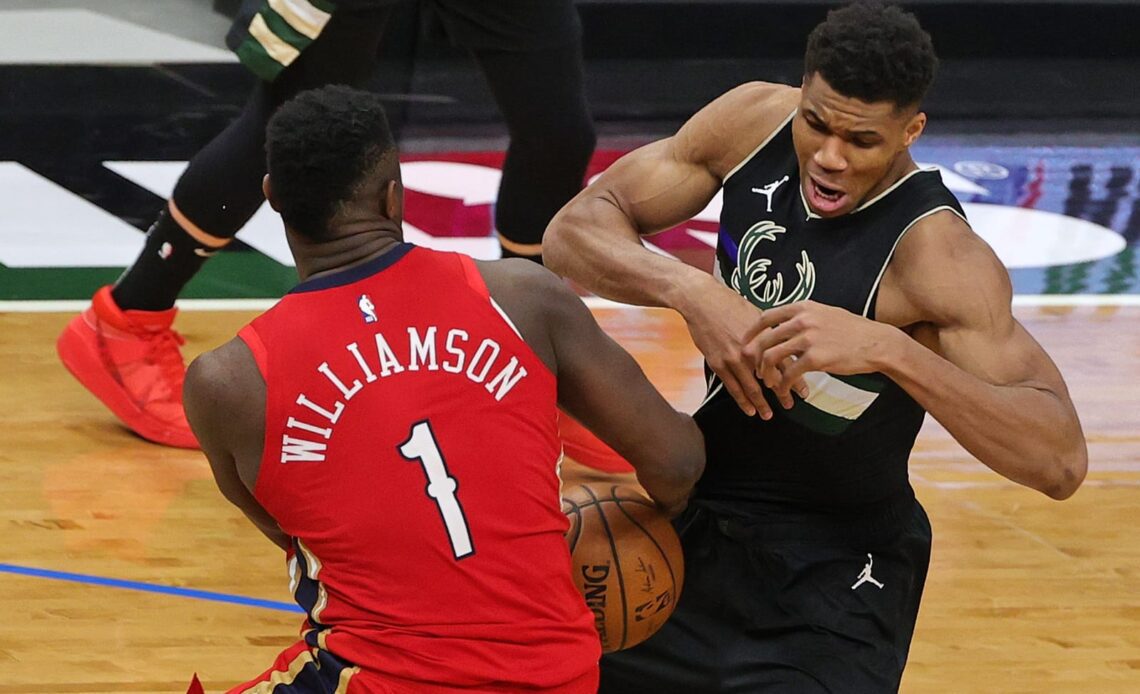 As the preseason draws closer, fans will get to see fourth-year star Zion Williamson suit up for the first time in more than a year. Zion Williamson missed all of last season with a foot injury but appears to be more than ready to pick up where he left off during the 2020–21 season.

The former first-round pick averaged an impressive 27 points on 61.1% shooting, in addition to 7.2 rebounds and 3.7 assists per game, and he appeared to be well on his way toward being a top 10 player in the NBA. That can still happen, considering he’s only 22 years old, but next season is more about keeping him healthy than anything else.

That sounds simple but considering how injured he’s been through his first three seasons, another would be serious cause for concern. Those injuries have also impacted his development. There’s no telling how good he’d be if he hadn’t missed the first two months of his rookie season or all of his third season. Even still, while it might seem crazy to think it, Williamson could be nipping at the heels of Giannis Antetokounmpo.

Zion Williamson is the next Giannis Antetokounmpo.

Antetokounmpo and Williamson aren’t perfect comparisons, since Antetokounmpo is five inches taller with arms for days, while Williamson is built like a tank and is one of the most explosive athletes in the NBA. Despite that, both play the four, and they both rely more on overpowering their defenders with bruising drives and less on jumpers.

Although everyone and their uncle is clamoring for them to become knockdown shooters, they’ve both been putting up historic numbers despite that flaw in their game. Williamson’s 27-point per game average from the 2020–21 season is comparable to Shaquille O’Neal’s best scoring season, while his field goal percentage was equal to O’Neal’s most efficient season despite a seven-inch height difference.

Antetokounmpo, not to be outdone, has a combined average of 29.2 points, 12.1 rebounds, and 5.8 assists while shooting 55.8% from the field over the last three…