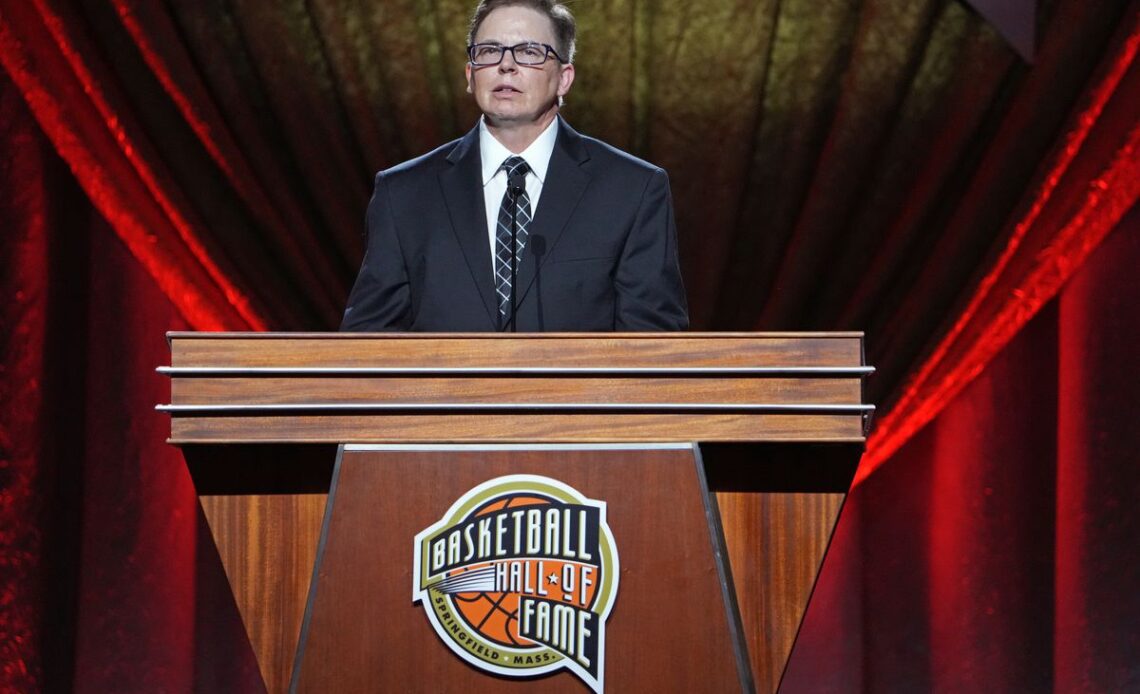 Whalen’s speech was short and sweet and drew the most laughs. She told a touching story about a talk her dad gave her after she forgot elbow pads for hockey practice and how she has never been late or unprepared for a practice or meeting since. She also worked Burger King into her speech and made a point to talk about her first gold medal (2012, London). She finished by shouting out her Minnesota women’s basketball team and saying, “Go Gophers.”

Cash was extremely grateful to her mom and the way she “competed in the game of life.” Geno Auriemma was on the stage with her during her speech and Cash said something very wise about how striving for perfection, like they did at UConn, was never a realistic goal, but it created good habits. She also vouched for her 2002 Huskies (39-0) as the greatest women’s college team of all-time. Then it was on to paying homage to her WNBA career. Cash played for five different WNBA teams, but won her most championships (two of three) while playing for Bill Laimbeer as a member of the Detroit Shock. She offered a story about Laimbeer uncharacteristically shedding a tear when she tore her ACL in 2004.

Stanley talked about growing up just outside Philadelphia and being inspired by the 1967 NBA champion 76ers. She then talked about how going to play at Immaculata was one of the best decisions of her life and recounted coaching Nancy Lieberman, who was on stage with her, at Old Dominion and coaching Lisa Leslie, also on stage, at USC. She also said her favorite WNBA memories were winning Coach of the Year in 2002 and the WNBA championship in 2019 as an assistant coach with the Washington Mystics. She thanked Mystics head coach Mike Thibault, who was in attendance.

Grentz was inducted for her accomplishments as a player at Immaculata, where she…