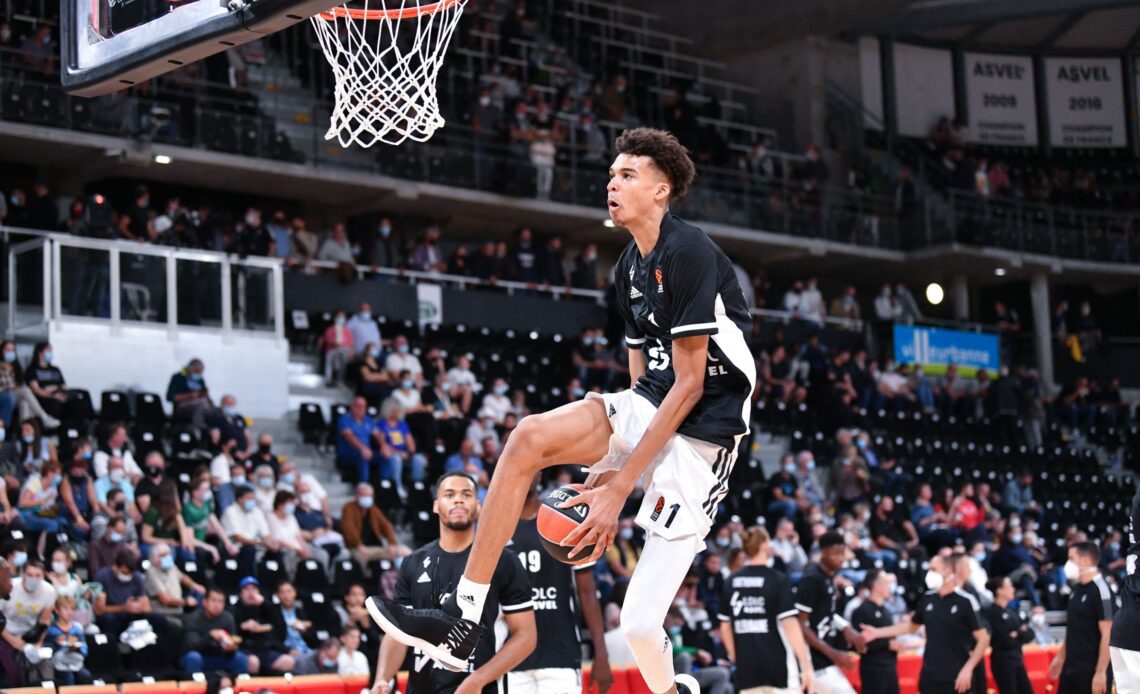 19-year-old French center Victor Wembanyama is quickly becoming one of the most hyped NBA draft prospects in recent memory, especially now that we know just how big he is. While his height often differs depending on the source, he was just measured at a staggering 7’4″ without shoes and has a tree branch-like 8’0″ arm span.

That would make him the second-tallest player in the NBA, behind only Boban Marjanovic. Anyone who’s familiar with Wembanyama’s game knows that he doesn’t play like someone who’s 7’5 in shoes, and that makes him all the more tantalizing.

He’s incredibly mobile and is more than capable of shutting down the paint or switching onto guards and wings and blocking shots on the perimeter. He also has the potential to be a stretch five, but he can also score effectively in the paint. Wembanyama is the definition of unique, and there isn’t a perfect comparison for him in the NBA, but that can be a double-edged sword.

Victor Wembanyama could be a superstar, but his height is a cause for concern.

There’s a scenario in which he takes the NBA by storm and has a highly productive 15-year career–all-stars, MVPs, championships, you name it. On the other hand, players his size don’t often play that long, thus making his height both a strength and a potential weakness.

The best-case scenario would-be Kareem Abdul-Jabbar, who’s fairly close in terms of height, being listed at 7’2. He played four years of college ball before starting a 20-year NBA career. He obviously held up incredibly well while also playing at a very high level. Few players have careers nearly that long, however, and while the ones that do are often 7-footers, there’s apparently a cut-off.

Anyone over 7’2 seemingly faces an increased risk of knee and foot problems. There are some success stories like Mark Eaton, who was 7’4 and played 11 seasons in the NBA. In fact, he played until his mid-thirties and was fairly healthy over his career. Unfortunately, there are a lot of other instances where players of that height struggle to stay healthy and/or have relatively short careers.

Former players similar in size to Wembanyama have struggled to stay healthy.

Yao Ming may be more of a worst-case scenario, despite him being an eight-time all-star and a Hall of Famer. Ming, ironically, was incredibly healthy in his first three seasons in the NBA,…