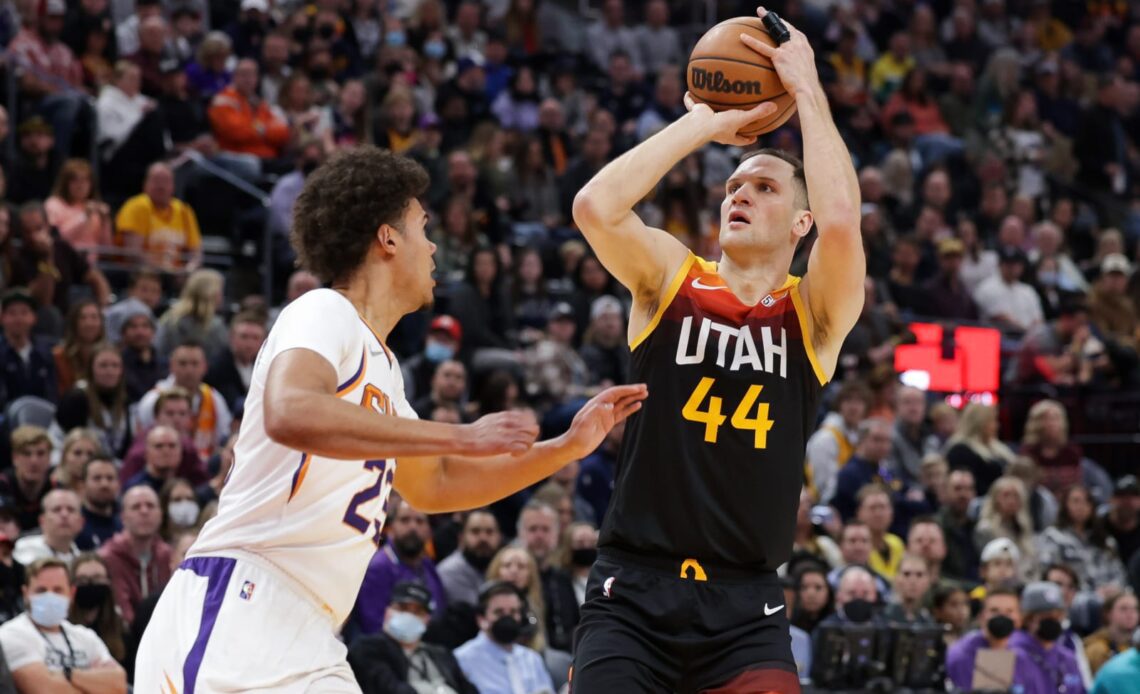 The Phoenix Suns are one of few teams primed to deliver the Utah Jazz’s desire for first-round picks, with their veteran players continuing to be bandied in trade speculation.

With Utah expected to tear down every key, long-term pillar before training camp, the shape of the league could take a turn depending on the various landing spots.

The Utah Jazz believe Bojan Bogdanovic, Jordan Clarkson and Malik Beasley are worth first-round picks, with the Phoenix Suns in line to make a play.

According to a recent report, the Jazz are seeking first-round compensation for Bogdanovic, Clarkson and Beasley – three primary scorers left on the Utah roster. This is unsurprising, although may be slightly optimistic in the current landscape.

Bogdanovic has been linked most with Phoenix in recent weeks, with the Croatian currently playing with Suns big man Dario Saric at Eurobasket. He’s certainly worth a first-rounder, however it may be lottery, or at least top 10 protected.

Clarkson will probably accrue a first-round pick as well, though that isn’t a guarantee. If Utah want a first for Beasley, then they may be best waiting until close to the trade deadline mid-season. It’s hard to envisage a team being desperate enough right now, but that may change as the season develops.

Regardless, Utah’s desire for multiple first-round picks is good news for the Suns. Unlike many other teams in contention, Phoenix actually have picks in their arsenal. As a result, they may be one of only a few teams who have the picks, and tradeable contracts, to be able to acquire two of the players.

Still, it’s unlikely they’d necessarily give up two first-round picks for a combination of the above players. Rather, perhaps they’d heavily lower the protections, or even rid them all together. Would the Suns give up Jae Crowder, Dario Saric, Torrey Craig and Josh Okogie, along with a fully unprotected future first-round pick, for Bogdanovic and Clarkson?

Either way, Phoenix fans will be disappointed if the franchise can’t get their hands on at least one of Utah’s key assets.