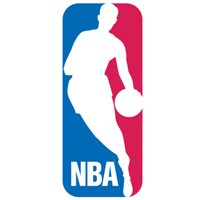 The 2021/2022 NBA season started on a celebratory note and ended with the Golden State Warriors being champions. This was the NBA’s 75th season, and teams added the NBA logo to their courts and merchandise in commemoration. COVID might have diminished the length of the previous season, but the NBA reverted in its milestone season. Fans did not disappoint, flocking in droves to see their on-court heroes after a while.

Defending champions Bucks, expected to improve on their previous season’s success, did well in keeping the team’s core. This offset many rosters and made many teams scramble to bump their rosters accordingly. The Los Angeles Lakers acquired Russell Westbrook and some, and the Bulls responded accordingly, taking on Ball and DeRozan. Many other teams decided against bulking up and decided to hold on.

And then the season started. Steph Curry and the Golden State Warriors took off early, establishing themselves as the top seed in the West. Curry continued where he stopped last season, upending 3-pointer records from city to city.

Budding rookies Wiggins and Poole kept up the charge in the absence of Klay Thompson, battling injuries. Jazz, the Suns, and The Grizzlies also showed character and strength, putting up a sizzling battle in the Western Conference.

On the Eastern seaboard, the Bucks started strongly, with the Nets giving stiff and fierce competition. In Irving’s absence, Durant and Harden took up the charge for the Nets. Unfortunately, Durant picked up an injury, leaving only Harden to hold the fort offensively. Harden couldn’t, and the Nets went downhill from there.

The Celtics were the 10th seed in the East at the end of the 2021/2022 season. Without warning, they rose in the table, solidifying their position as 2nd seed. The Lakers, expected to build on a strong season, could not do so due to injuries to key players. Hence, it was not surprising they missed the postseason.

The Grizzlies proved a surprise package, with Morant showing why he was once Rookie of the Year. Desmond Bane also showed some consistency and much improvement on the ball. Finally, Nuggets’ Jokic cemented his status as a team carrier, somehow dragging the injury-stricken Nuggets into 6th seed.