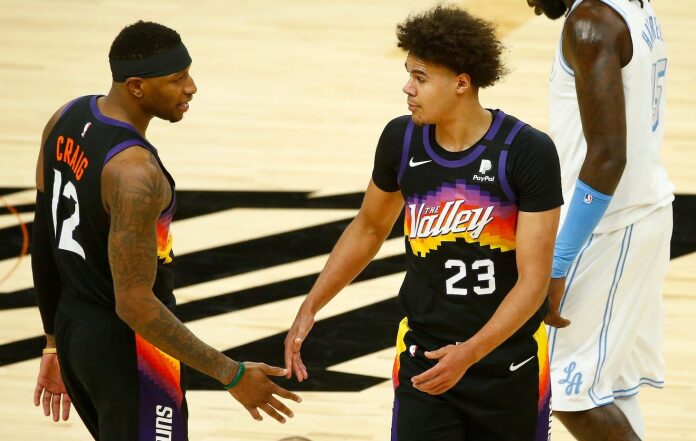 It appears that Cam Johnson will likely remain in the Phoenix Suns for more years to come.

Suns general manager James Jones revealed to Duane Rankin of the Arizona Republic that there are already discussions happening on both sides about striking a contract extension.

“We’re having discussions,” Jones said. “Cam is a big part of what we do. Really excited for the progress he’s shown over the last few years, especially last year. He’s primed to take some steps forward.”

Johnson is coming off from a robust year with the Suns, averaging career-highs in points (12.5), rebounds (4.1), assists (1.5), field-goal percentage (46 percent) and three-point shooting percentage (42.5 percent) in the 2021-22 campaign while mostly coming off the bench as a spark plug wingman.

The 26-year-old product of North Carolina has been a coveted piece for the contending Suns, as he may likely occupy a starting gig in the forthcoming season.

He is slated for a rookie year extension before the new season starts, and Phoenix appears in priority to tackle their future with him.