2022 WNBA Finals: Chelsea Gray is on a historic tear for the Las Vegas Aces 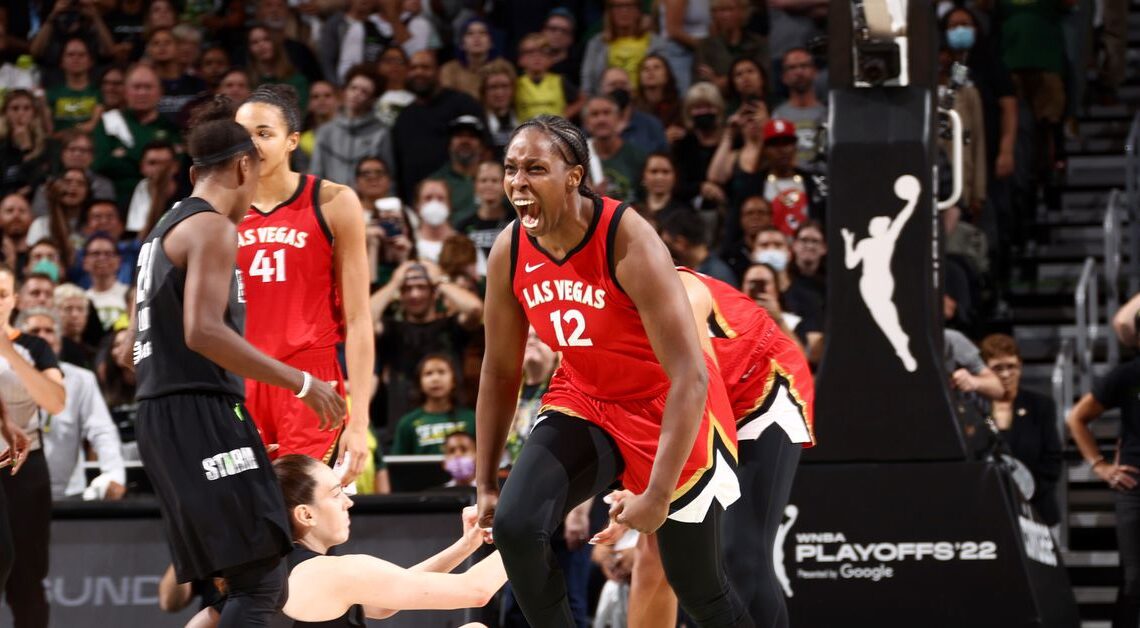 It’s hard to adequately describe the heater Chelsea Gray is on, because we’ve never seen anything like it.

Right now, the player affectionately known as the point gawd is putting on one of the greatest shot-making clinics in basketball history. Her postseason effective field-goal percentage of 74.7 is the highest ever, comfortably lapping the second-place mark of 66.7% held by Becky Hammon (hi coach!). Gray is close to a 60/60/90 shooting line during the playoffs — a reminder that only one player, Elena Delle Donne, has even done 50/40/90 for a full season.

Gray’s company atop these field-goal percentage lists is mostly bigs who get all their shots right at the basket. But she is producing at this efficiency on a diet of ridiculously difficult shots, a series of pull-up jumpers that graze the stars before falling back down and consistently come when the Aces need a bucket most.

She’s put Breanna Stewart on skates, and then done it to Jewell Loyd on the ensuing possession. Gray’s been handed grenades at the end of a shot clock, with multiple defenders crowding her and cutting off her sight line to the basket, and she still gets buckets.

The collection of clutch shots she put together in four games against the Seattle Storm demand a full rewatch. The way she’s torching the nets is beyond comprehension considering how defenses are gearing up to stop her. Gabby Williams even thanked Gray for forcing her to become a better defender.

Gray’s ascension isn’t isolated to her semifinals performance against Seattle. She did the same thing against Phoenix, providing a finishing kick when the Aces looked stagnant in Game 1 and then delivering a full-game highlight reel to close the series. Since the All-Star break, when Gray was inexplicably left off the All-Star roster (but not by Swish Appeal), she’s been 54.3 percent from the field and 40 percent on threes. Those numbers jumped to 59 and 43.5 percent, respectively, over the last two weeks of the regular season and now 62.6 and 59.5 percent in the posteason.

Don’t forget that Gray also was MVP of the Commissioner’s Cup Final at the end of July.

“It’s the body of work,” Kelsey Plum said after practice Saturday. “Over the course of, not even just the playoffs, but the bigger games we’ve had during the regular season, she’s been absolutely dynamite for us. It’s coming to that point that where anytime there’s a tight moment or shot clock situation, find a way to get…