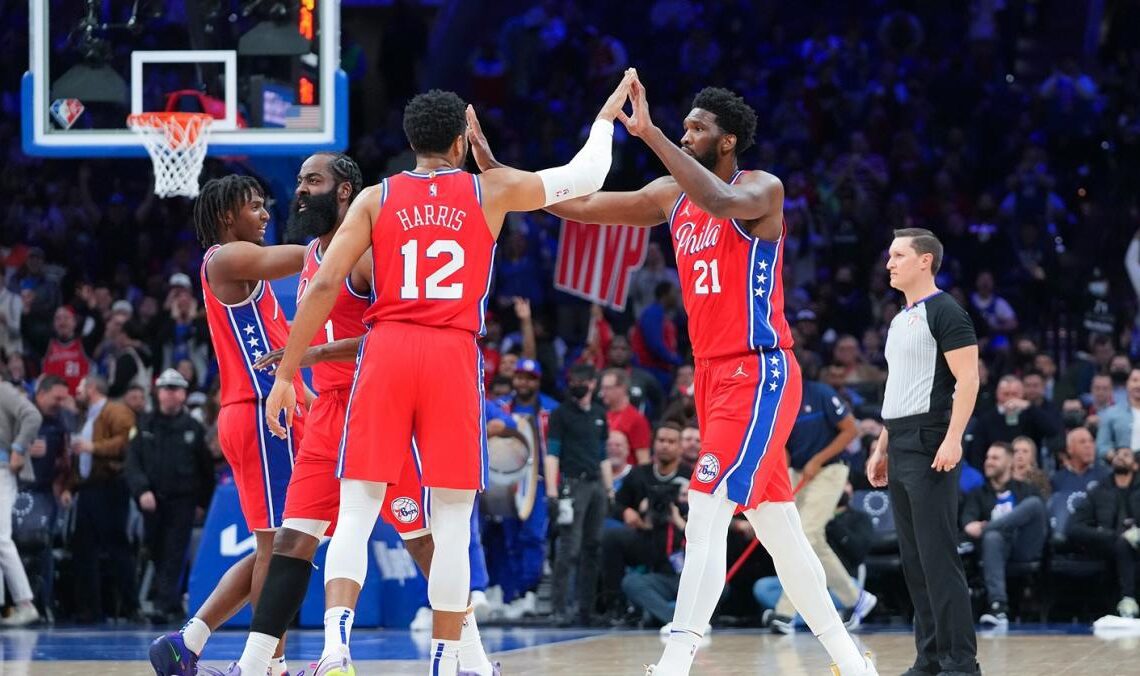 The 2022-23 Sixers will start their season on Sept. 27 in Charleston, South Carolina.

Before training camp begins, we’re looking at questions that will define the team’s season and ultimately determine whether the Sixers advance past the second round of the playoffs for the first time since 2001.

We’ve examined the following so far:

Next up: Will the Sixers’ top four stay intact through the season?

Tobias Harris will get wind of whatever rumors swirl.

“For the next couple days, I’ll be refreshing Adrian Wojnarowski tweets and Shams, like everybody else,” Harris said. “Sometimes those guys get it before we’ll get the call. That’s just what happens. I think everybody else is in that same position to be checking their phones to see what happens.”

Ben Simmons, Seth Curry and Andre Drummond were ultimately the Sixers dealt at the deadline, while Harris welcomed James Harden and Paul Millsap to Philadelphia. Harris, who turned 30 years old in July and got married in August, is still a Sixer. He’s played more games with the franchise (234) than with any of his previous four teams, and that doesn’t count his 40 playoff outings. Before joining the Sixers, Harris’ only postseason experience came in 2016; LeBron James and the Cavs swept the Pistons in Round 1 on their way to the NBA title.

If the Sixers’ current “core four” doesn’t finish the year together, Harris appears the likeliest to leave. A Joel Embiid trade would be more stunning than any James Harden off-court drama over the past two years. Anyone exposed to Tyrese Maxey seems to cherish him and believe he’ll keep rising. Maxey will turn 22 years old when the Sixers host the Knicks on Nov. 4.

Meanwhile, the five-year, $180 million contract Harris signed in the summer of 2019 has merited mention whenever a dealmaking season arrives. Harris’ 2022-23 salary of approximately $37.6 million is the Sixers’ highest.

Harris adjusted admirably after Harden arrived, accepting a role that involved fewer on-ball reps and more catch-and-shoot three-pointers. His ability to handle both perimeter and interior players on…