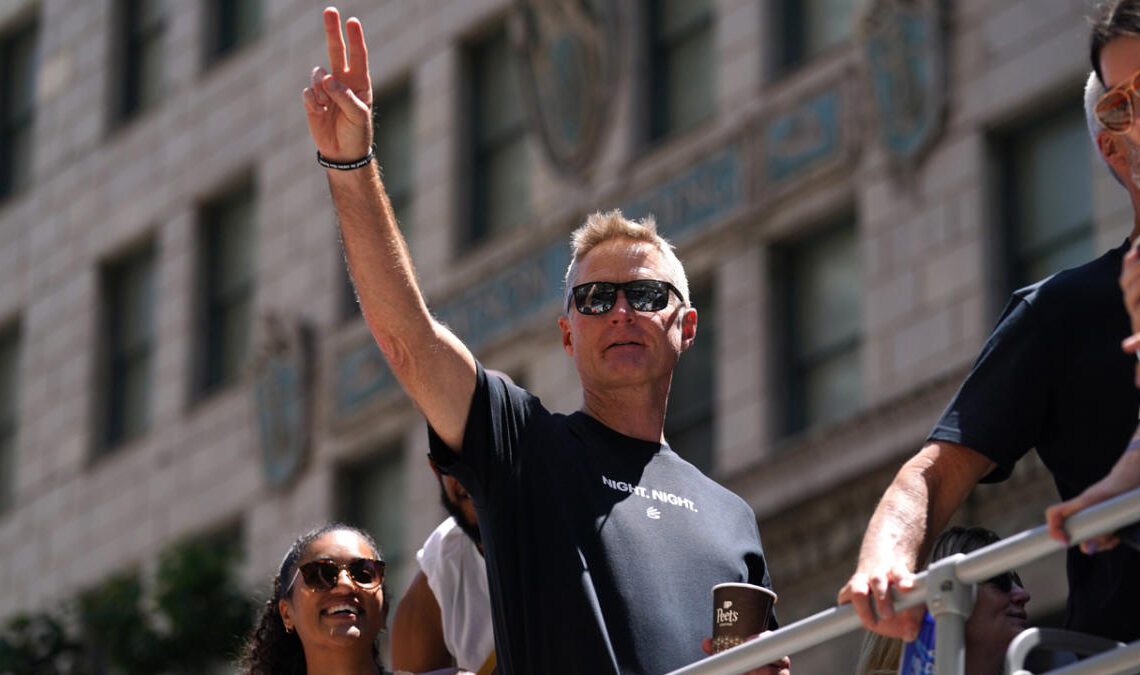 Steve Kerr knows a thing or two about trying to repeat as an NBA champion. He also knows what it’s like to try to win three straight NBA titles.

That largely explains why Kerr is looking forward to the Warriors‘ upcoming title defense during the 2022-23 NBA season.

“My experience is that trying to repeat is actually really fun,” Kerr said on 95.7 The Game’s “Damon and Ratto” show Thursday. “It’s when if you’re lucky enough to win two in a row, that third year is where it gets to be a real grind.”

As a player with the Chicago Bulls, Kerr and Co. won the NBA title in 1996 and repeated as champs in 1997. They managed to three-peat in 1998, but that was the infamous “last dance” for the Michael Jordan-led Bulls. Kerr then was traded to the San Antonio Spurs and they won the title in 1999 but were unable to repeat in 2000. Kerr and the Spurs again won the championship in 2003 but came up short in 2004.

As the coach of the Warriors, Kerr has experienced both the pain and joy of the quest to repeat. Golden State came up short in 2016, but managed to beat the Cleveland Cavaliers in back-to-back NBA Finals in 2017 and 2018. In their mission to three-peat in 2019, injuries to Kevin Durant and Klay Thompson derailed them.

But after a joyous run to the 2021-22 title, Kerr can’t wait to get to training camp and the new season to begin.

“I don’t think we’re going to be burnt out by any means,” Kerr said. “In fact, I think we’ll be really excited. I think all of our guys will be ready to roll and ramp it back up and try to repeat. Our guys love to play, they love to compete. This is what they do. They’ve had a good rest this summer. So I think everyone is excited.

“And they don’t have a ton to prove, if anything. But that’s also a really good place to be, when you’re playing with a little house money. For our vets, Steph [Curry], Klay [Thompson], Draymond [Green], maybe Andre [Iguodala], depending on what he decides to do, those guys have four rings and they’ve got nothing to prove. So they can go out and just let it rip and play for the joy of the game and their natural competitiveness will take over. And I’m expecting for us to have a great season.”

Asked to elaborate on why he feels there’s such a huge difference between trying to repeat and three-peat, Kerr talked about how much the third year takes out of a team, much like what happened to the Warriors in…