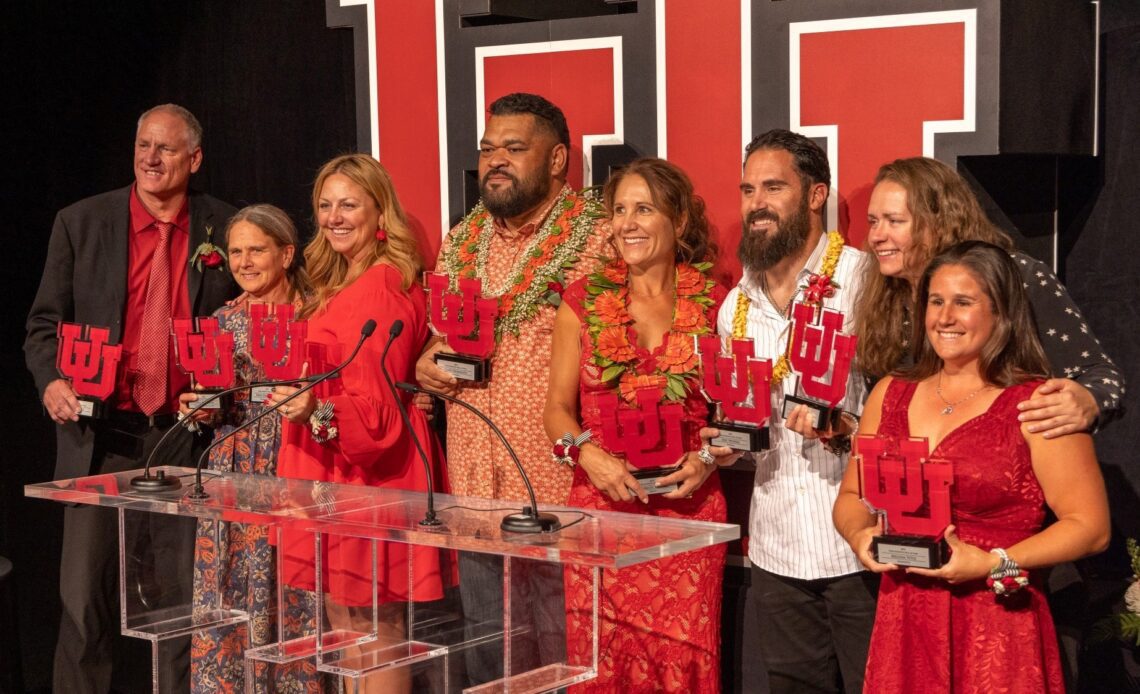 “This evening is always one of the highlights of the year for us,” said Utah Athletics Director Mark Harlan. “It is a night to connect with our past and to celebrate the start of a new year. To all of our inductees, congratulations. You are among the best there ever was and the best there ever will be in the history of Utah Athletics. A special salute to all of our women inductees. This is the 50 anniversary of Title IX. I think we understand that it was a little different back then but you kept on fighting. So many amazing women have come here and thrived, and we are proud to have some of them going into the Hall of Fame tonight.”

One of the most dominant down-hillers in NCAA history, Christl Hager became Utah’s only three-time national champion skier in the mid-1990s and led the Utes to a pair of national titles.

Hager joined the U.S. Team at age 14, but after a series of injuries she was forced to give up on her dream of competing in the Olympics and turned her focus to skiing collegiately.

Hager joined the Utes in 1994, winning the first of her three giant slalom titles as a rookie. The following year, Hager won another gold medal in the giant slalom and captured the first of her three second-place finishes in the slalom at the NCAA Championships. She also placed third in the GS at the 1995 U.S. National Championships. Hager capped off her career by winning another NCAA giant slalom title in 1997. She won or shared Utah’s Toril Forland Women’s Outstanding Skier Award all four years of her career.