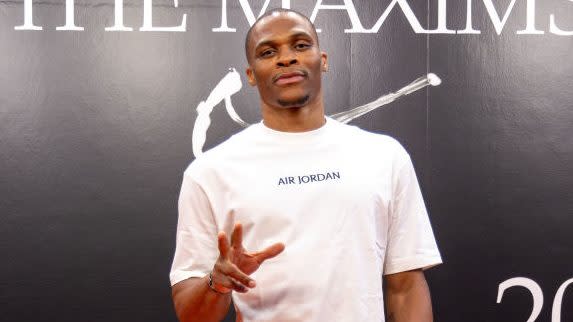 At the end of last season, anyone who suggested Russell Westbrook would be a Laker to start the 2022-23 season would have been laughed out of the room. The tension between LeBron James and Westbrook was evident even at Summer League when they showed up to the same game and didn’t acknowledge each other, staying on the opposite sides of the gym.

But there was no Westbrook trade to be made — at least not one that didn’t involve the Lakers giving up the only two draft picks they control for the rest of this decade. And there was no deal even with those picks that moved the Lakers to contender status.

So the Lakers are running it back with Westbrook (at least to start the season). If Westbrook and Patrick Beverley suddenly being pals was not evidence enough of what is to come, there are multiple other reports. For one, Brian Windhorst of ESPN said this on his most recent Hoop Collective podcast (hat tip Real GM).

“I just don’t think the Lakers believe right now there’s a Westbrook trade that they have, even with their picks, that elevates them. The feel around the league is right now, and that can change in a week, the feel around the league from executives I talk to right now is that they’re going to try to make the best of what they have and hope for situations to change in their favor.”

As of now, competing executives aren’t sure the Lakers will send away one future first-round pick, let alone two, to get out of Westbrook’s contract unless the return package substantially improves the team.

None of this is new. All signs have been pointing this way for more than a month. Westbrook is a negative value contract at $47 million, and other teams want a lot of sweeteners to take him on — sweeteners the Lakers don’t really have, and they are not eager to give up what they do have. So Westbrook will start training camp and likely the season as a Laker — he has been happy being back home and playing in Los Angeles. It just hasn’t fit on the court.

Windhorst added that he heard the Lakers were never seriously considered as the third team in a potential Donovan Mitchell to the Knicks trade (Mitchell ended up a Cavalier).

“From what I am told, while it would make sense for the Knicks to have done a three-way deal with the Jazz and Lakers, I am told that that was never part of the talks. There were three-team constructions between…