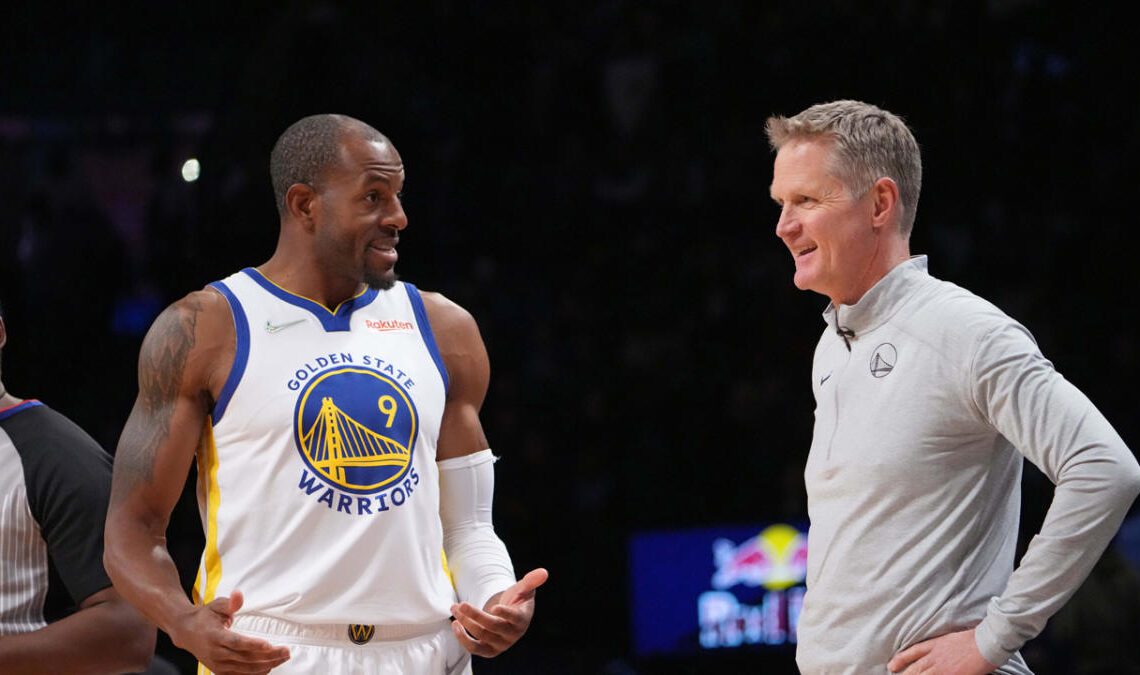 Steve Kerr is giving Andre Iguodala all the time he needs to determine what his future holds.

Speaking on 95.7 The Game’s “Damon and Ratto” show on Thursday, Kerr laid out what he and Warriors president and general manager Bob Myers told Iguodala.

“Bob and I talked to Andre early in the summer and we just said, ‘You have earned the right to do whatever you want and to take as much time as you want,’ ” Kerr said. “Bob and I giving him the space to make whatever decision he wants and we’ll support him either way.

“We hope he comes back, I can tell you that.”

Kerr being patient with Iguodala’s decision has been the Warriors coach’s stance since the offseason started.

With training camp only two weeks away, Iguodala mentioned on Friday’s episode of the “Point Forward” podcast that he will share his decision soon.

While those around the Warriors are patiently awaiting Iguodala’s decision, there is no question that what he brings to Golden State goes beyond the stat sheet.

Though the 38-year-old has stated he does not want to coach, Iguodala proved to be a valuable mentor to Jonathan Kuminga as the latter often leaned on the former and Kevon Looney for guidance.

What’s more, although Iguodala averaged career lows in almost every category, Kerr feels that having Iguodala on the team next season can help the Warriors win games and his voice still carries weight.

“He also proved to be an irreplaceable leader in that locker room,” Kerr said. “Even though he gets credit for it, it’s not enough.”

After mentioning how Iguodala’s leadership impacted Andrew Wiggins, Gary Payton II, Jordan Poole, and the Warriors’ Big Three, Kerr noted just how important Iguodala was in winning the 2022 NBA Finals and if he comes back, he’ll have a similar role to the previous season.

“There’s going to be times during the season where he’ll be healthy and helping us win games and they’ll be times where he’s not playing but still patrolling that locker room and making sure guys are learning how to win and how to be champions,” Kerr concluded.

With the Warriors gearing up to try to repeat as NBA champions, they will…