Would the Pelicans consider this splashy trade with the Utah Jazz? 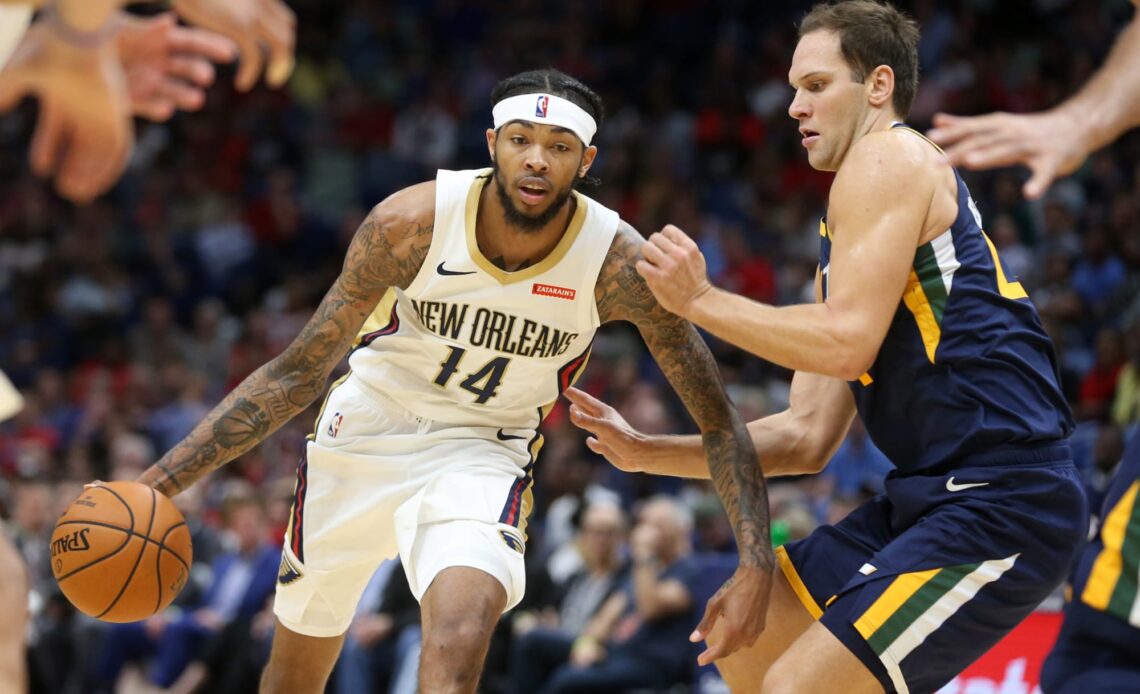 As the Jazz look to rebuild, we will likely see Jordan Clarkson, Bojan Bogdanovic, and Mike Conley on different teams soon, names that might interest the New Orleans Pelicans

Yesterday I wrote about whether the Pelicans should look into a trade for Jordan Clarkson. Today, we’ll look at his teammate, Bojan Bogdanovic.

Bojan Bogdanovic has been an important piece for Utah. Since joining the team in 2019, Bogdanovic has started every game he’s played, averaging 18 points, 4.1 rebounds, and 1.9 assists.

Bojan’s consistency and superior play helped Utah make the postseason each year he was there, including 2020-21 when the Jazz finished with a league-best 52 wins.

Adding Bojan Bogdanovic would surely benefit the New Orleans Pelicans, but how would they do it?

Like the mock trade for Jordan Clarkson, the Jazz would likely require a young prospect and draft picks.

New Orleans is loaded with draft capital, as the Pels have ten first-round picks over the next seven seasons.

The trade would most likely center around Devonte’ Graham and Jaxson Hayes, since they would need two contracts to offset the money.

Devonte’ Graham would almost certainly be available in a trade for Bogdanovic. One season after acquiring Graham from Charlotte, the Pelicans reportedly have been exploring trades for the 27-year-old guard.

However, Bojan Bogdanovic is set to make over $19 million this season, meaning the Pelicans would have to add another player in this deal to make it work.

The player most likely to be included in this deal would be Jaxson Hayes.

Hayes is entering the final year of his rookie deal, where he’ll make nearly $7 million. New Orleans doesn’t seem to be committed to offering an extension, which means they could wind up parting ways with the former top-10 pick.

Beyond that, Utah would probably want draft compensation, which could make this deal too expensive for the Pelicans to stomach.

Bogdanovic is 33-years-old, but he is a 39 percent 3-point shooter for his career, a skill the New Orleans Pelicans need, and his size and versatility on the wing would be more useful than Graham, as the Pels already have two other small guards.

Adding Bojan Bogdanovic to this Pelicans would strengthen the roster and could potentially catapult New Orleans into championship contention. This is a trade that would move the needle, and one the Pelicans should explore.