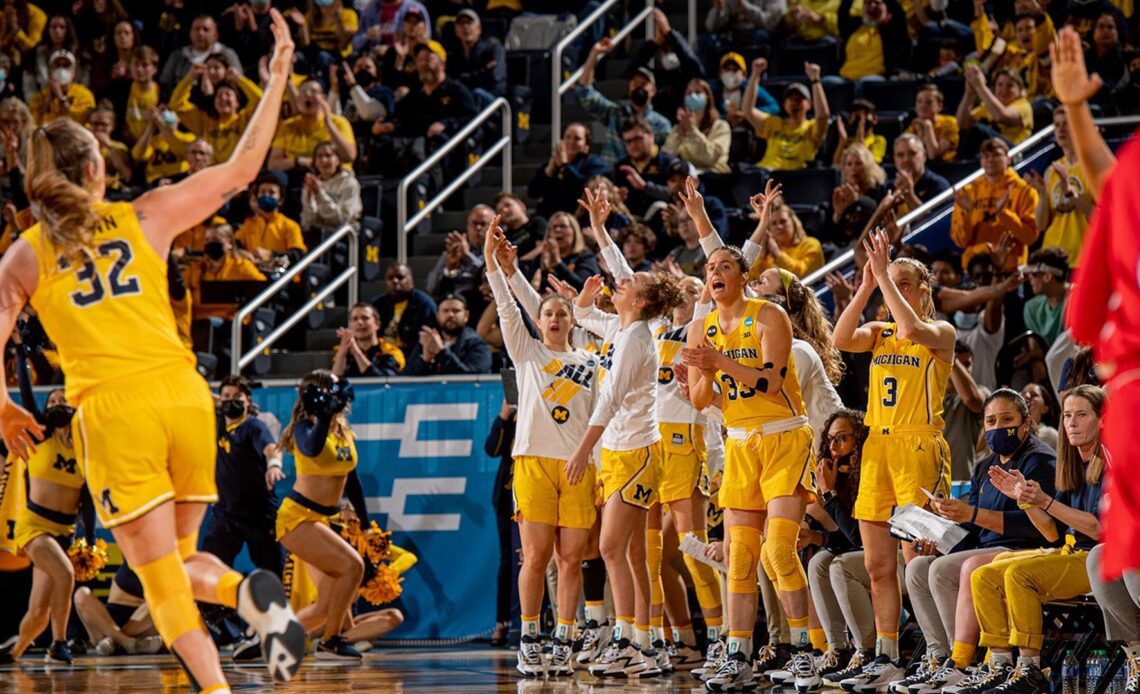 Michigan will play 11 non-conference games and 18 Big Ten contests during the regular season, with the Big Ten Tournament set for March 1-5, 2023, at the Target Center in Minneapolis, Minn.

U-M will start the season with three straight games at Crisler before hitting the road for five consecutive contests. Four of those five games will be in the state of Florida, with U-M competing in the Gulf Coast Showcase over the Thanksgiving holiday (Nov. 25-27) and at Miami (Dec. 1) as part of the ACC/Big Ten Challenge. Joining the Wolverines at the Gulf Coast Showcase are Air Force (first-round game), Baylor, St. Louis, Villanova, Belmont, Georgia Tech and USF.

Michigan will play one Big Ten game, against Northwestern on Dec. 4 at Crisler, before wrapping up its non-conference schedule with a pair of home games and the Jumpman Invitational contest against North Carolina (Dec. 20) in Charlotte, N.C.

U-M’s remaining 17 Big Ten contests will be played from Dec. 28-Feb. 27. The Wolverines will play home-and-home series with Indiana, Michigan State, Nebraska, Ohio State and Rutgers, while facing the other eight teams just once.

Michigan will face at least eight 2022 NCAA Tournament teams throughout the season, while five of the seven other teams at the Gulf Coast Showcase participated in last season’s Tournament.

Tip times and television designations will be announced at a later date.

Michigan is coming off a 25-7 campaign and an Elite Eight appearance in 2021-22, finishing the season ranked No. 7 by the USA Today Coaches poll and No. 12 by the Associated Press poll. U-M returns four of its top five scorers in Leigha Brown (14.0 ppg), Emily Kiser (9.3 ppg, 8.1 rpg), Maddie Nolan (8.9 ppg), and Laila Phelia (8.8 ppg), while adding the program’s first McDonald’s All-American in transfer Greta Kampschroeder.