While the thought of trading All-Star point-guard Chris Paul has been floated, the Phoenix Suns wouldn’t do it without believing it was a major upgrade. Now, a new trade proposal has the franchise moving in the wrong direction with a downgrade, at least for next season.

In a Fadeaway article titled ‘4 Wild NBA Trades That Could Happen Before The Season Starts’, writer Lee Tran suggests there are valid reasons why both teams would do the trade.

Chris Paul brought the young Phoenix Suns all the way to the NBA Finals during the 2020-21 season. Perhaps the Sacramento Kings could take a risk and acquire the star point guard to achieve the same effect with their young core…Obviously, for the Phoenix Suns, this is fantastic from a value perspective as they would be getting a young scoring point guard and draft compensation, Tran writes. 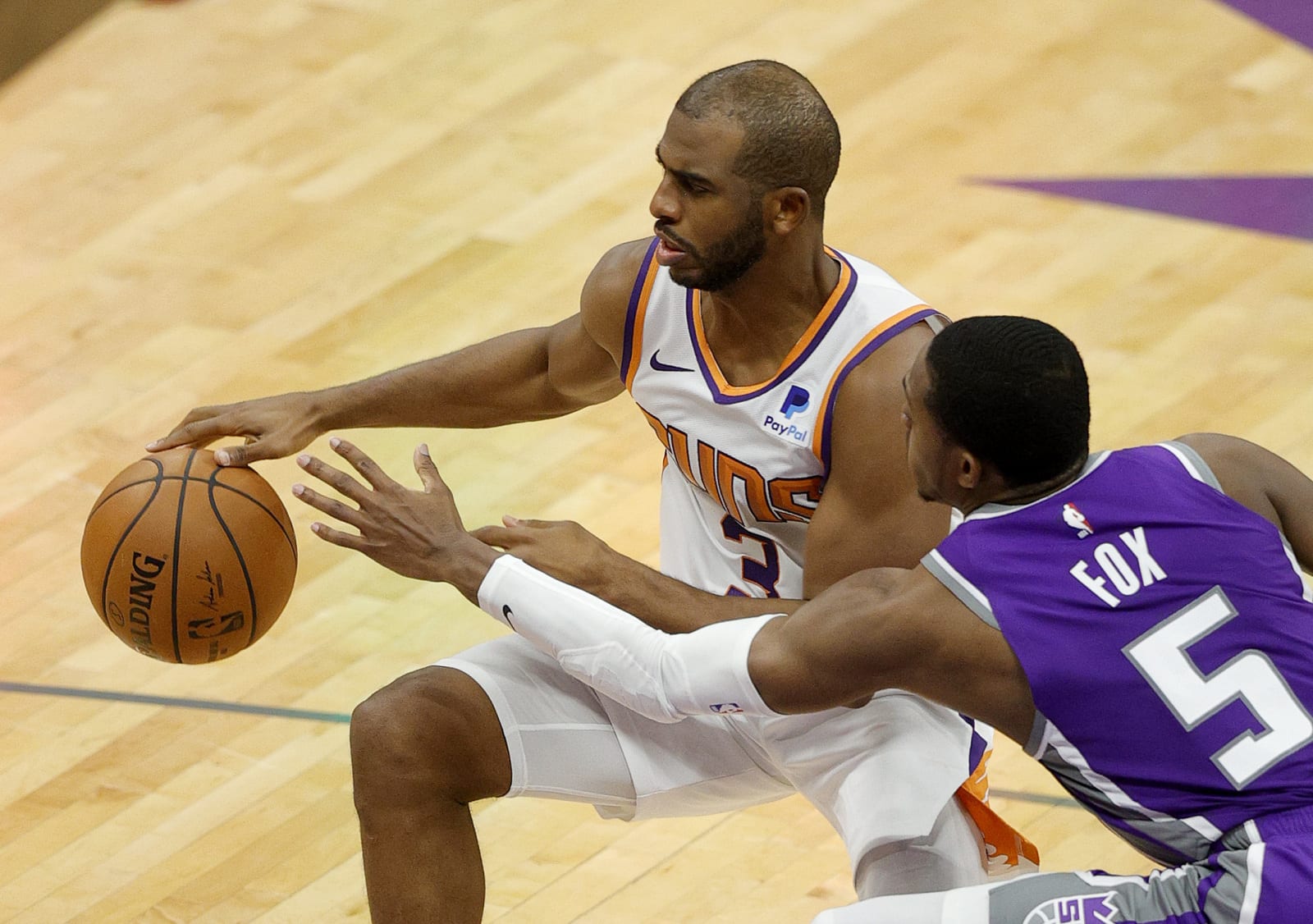 Yes, this deal may be good for the future, but is the short-term downgrade worth it? Even despite his advancing age and a deteriorating playoff performance, Paul is the more valuable NBA player. Fox is an exciting, explosive point-guard, sure, but there’s honest questions around his value as a winning player having never made the postseason in his five-year career.

Their offseason to date suggests the Suns want to have another crack at a championship with this roster, with something substantial required for them to give up a core player. Given their desire to do this, Phoenix have little interest in future picks regardless of whose they are.

This deal might be so ‘wild’ that both teams say no. Are Sacramento really in a position to mortgage a young player they’ve invested in for a 37-year-old? This trade would take Phoenix out of title contention and they simply won’t be willing to do that, unless they…