Russell Westbrook’s next move: What NBA execs and scouts expect 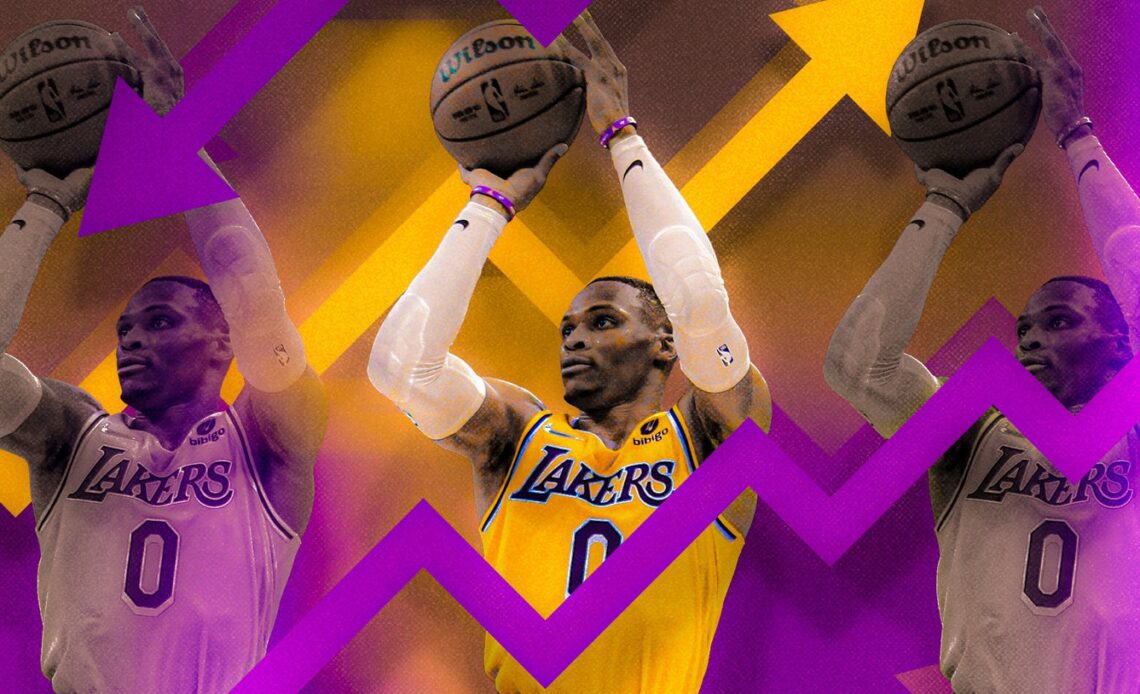 Whether Russell Westbrook realizes it, he has this season to prove that he is not Carmelo Anthony.

That Carmelo Anthony was not ready to hand over his Franchise Star card for a Supporting Cast one. (Westbrook said of last season, “I was never given a fair chance just to be who I needed to be able to help this team.”)

After one season with the Thunder, Anthony found himself valued for nothing more than cap space, traded twice and waived twice in the span of seven months. And then, he was out of the league entirely for nearly a year.

After one season with the Lakers, Westbrook appears to be on a similar brink. And it may already be too late to stop it all from coming full circle.

Could Westbrook accept a new role earlier than Anthony did? And if not, is another team looking for a reclamation project?

Here is how Westbrook is currently viewed around the league according to NBA insiders, from how he could potentially salvage his time with the Lakers to potentially moving elsewhere.

A new role in LA?

Rival executives and scouts reached by FOX Sports were nearly unanimous that Westbrook and the Lakers would be best served if he led their second unit, even though Westbrook hasn’t come off the bench in an NBA game since Nov. 28, 2008, a month into his rookie season with the Thunder.

“It’s hard to see him as anything but a backup for the Lakers,” one Western Conference scout said. “It’s hard for him to play with [Anthony Davis] and LeBron [James]. It might be OK if they let him go with the second unit. He has to play the only way he knows how unless he can miraculously learn to shoot.”

While an Eastern Conference scout also said he sees Westbrook ideally coming off the bench, he believes the biggest question is whether he is ready to accept it.

“It is not what he has left, it is: How he will accept that he is not the player that he was?” the scout said. “It’s similar to Carmelo. I’m not sure Russ has the awareness to accept a lesser role.”

Based on Westbrook’s statistical production last…