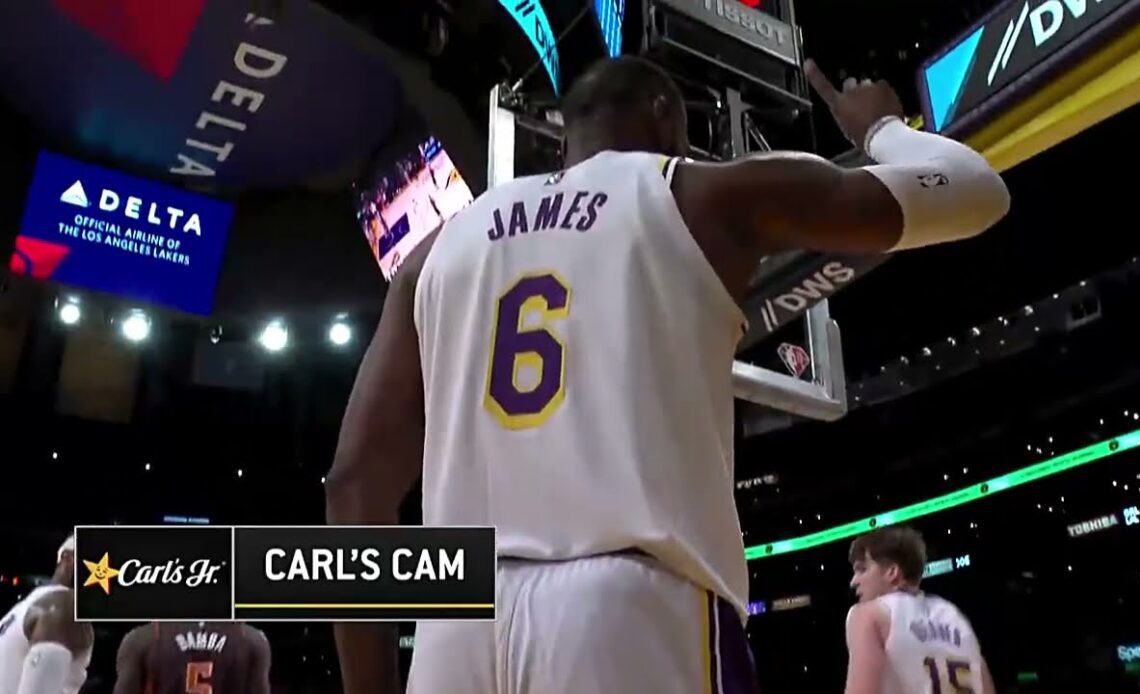 Many young players in the NBA dream of making a big play against a superstar. R.J. Hampton of the Orlando Magic is no exception.

The 21-year-old point guard revealed he wants to dunk on LeBron James and has a back story why. Turns out it stems from a chasedown block he received from the four-time NBA champion.

“It’s cliche, but Bron. I have a reason though,” Hampton said on fubo Sports. “It’s because when we were playing in LA and I think I got a steal on Russ and I’m dribbling the ball down, dribbling the ball down, I think Austin Reaves is on my shoulder and I bump him off and I’m right there at the rim about to just lay it p and just get back on defense.

“Bron came out of nowhere. I didn’t see him. No one said anything. It was just like he flew from the other site and I seen that clip so many times. It was used on commercials, it was used … social media.

“It just pisses me off every time I see it. So that’s why. I’m mad because I didn’t dunk him. My dad always is like ‘Why didn’t you dunk it?’ I was like ‘I didn’t see him coming at all.’ … Him or probably I would say [Rudy] Gobert.”