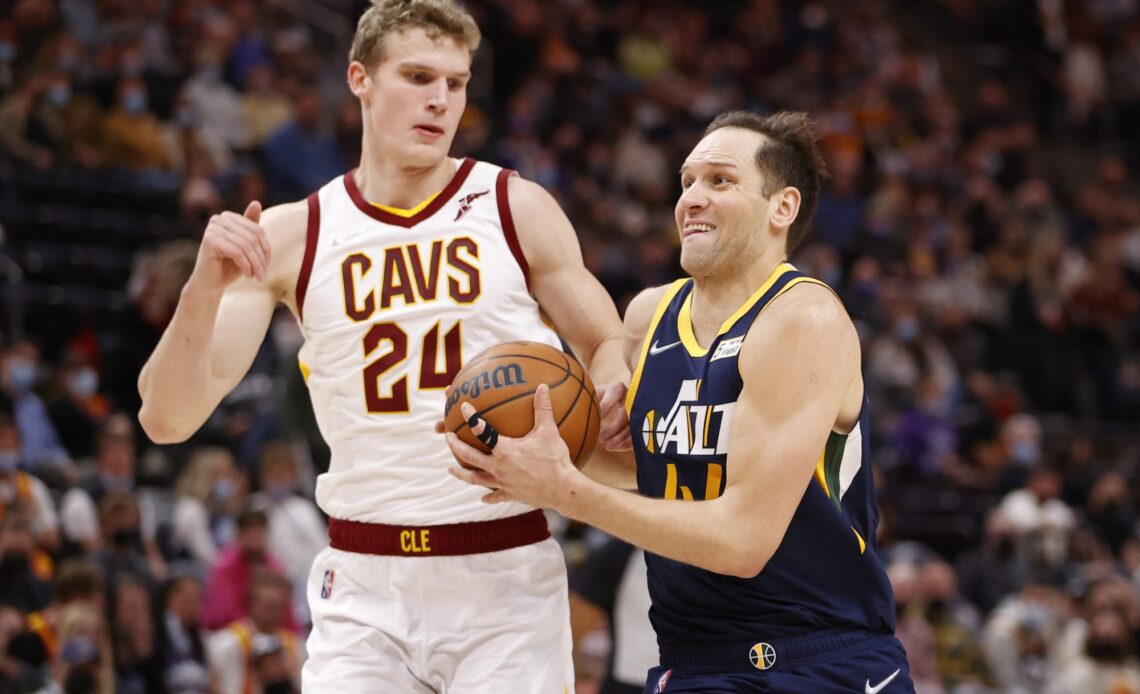 It is the beginning of a new era for the Utah Jazz. With All-Stars Rudy Gobert and Donovan Mitchell getting traded to the Timberwolves and Cavaliers respectively, the team is faced with the rare occurrence of a franchise losing both of their stars in one offseason.

And with Quin Snyder stepping down, new head coach Will Hardy will have to play his cards right with the hand he is dealt in Salt Lake City. Given a cast of young stars and veterans, it will be interesting to see who will be starting and who comes off the bench come October.

Picking the best candidate for each starting position on the Utah Jazz.

Starting Guard No. 1 — Jordan Clarkson: Returning for his fourth season with the Jazz, Clarkson could be a staple in the starting lineup this season. Averaging 16 points per game last season, Clarkson has proven to be a solid scorer for the Jazz. The 30-year-old combo guard spent the offseason playing for the Philippines National Team in the FIBA qualifiers, averaging 25.5 points, 5.5 rebounds, and 6.5 assists.

Starting Guard No. 2 — Collin Sexton: One of the players acquired from the Donovan Mitchell trade, Sexton became a key player for Cleveland since getting drafted in 2018. A member of the 2019 All-Rookie team, Sexton has a career average of 20.0 points per game and is expected to use his youth and athleticism to the advantage of the Utah Jazz.

Starting Forward No. 1 — Bojan Bogdanovic: With point forward Joe Ingles departing to Milwaukee, the Jazz saw a dent in the shooting department. Thankfully, Bogdanovic will be returning this year after shooting a solid 38.7% from three last season. At 6-foot-7, Bogdanovic also contributed on the glass with 4.1 rebounds per game.

During the postseason, he averaged 18.0 points and 4.2 rebounds per game, while making a third of his shots from outside the arc in a losing effort to the Mavericks.

Starting Forward No. 2 — Lauri Markkanen:  Another youngster brought in from the Cleveland trade, the 6-foot-11 forward joined the Cavaliers for a single season after spending his first four years in Chicago. While averaging 29.7 minutes per game so far in his career, Markkanen has proven to be a solid rebounder with 6.8 throughout his first five seasons. With his height and reach, Markkanen was a regular scorer for the Cavs, providing 14.8 last season.