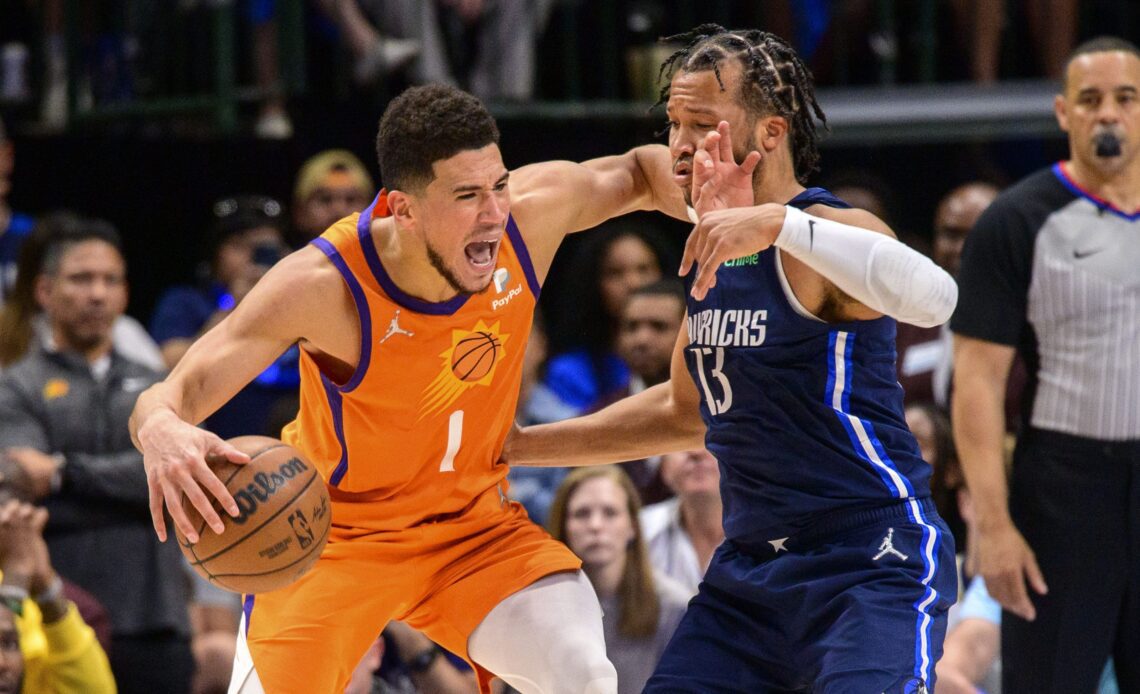 Many have criticised the Phoenix Suns offseason, believing that a lack of roster upgrades sets them up for a major challenge to again top the NBA’s Western Conference. But perhaps the issue has been overblown to an extent, especially given the franchise is still in line to make a significant move.

Unlisted as a team who’s had a good or bad offseason, the Phoenix Suns still have time to elevate themselves into the positive category.

In one respect you can state that the Suns have made important deals – they re-signed Deandre Ayton to a four-year, $133 million deal, gave superstar Devin Booker a supermax contract extension, and lengthened the deal of head coach Monty Williams.

The changes to last year’s roster are minor, fringe moves that are unlikely to swing the Suns fortunes one way or another. Still, in an ESPN survey of 15 league coaches, scouts and executives, Phoenix weren’t given a vote for the team with ‘the worst offseason’. Seven teams got at least one vote, with the Dallas Mavericks topping the list with six.

By the same token, the Suns weren’t one of eight teams to receive a vote for the best offseason. That’s not a surprise, but it is a little disappointing for a team who considers themselves in championship contention.

In contrast, another team in contention, the Boston Celtics, topped the list with six votes, although that was prior to the news that Danilo Gallinari will miss the entire season with an ACL injury.

Fortunately for the Suns, there’s still time for them to make a move that rises them into the ‘winner’ category. The likelihood of them making a trade before the season is fairly high – they have interest in adding to the roster through a player like Bojan Bogdanovic, while Jae Crowder’s future continues to be a question mark.

It’s not that Phoenix have had a bad offseason, it’s just one that some fans will be disappointed with, especially when the prospect of landing Kevin Durant appeared possible at one stage.