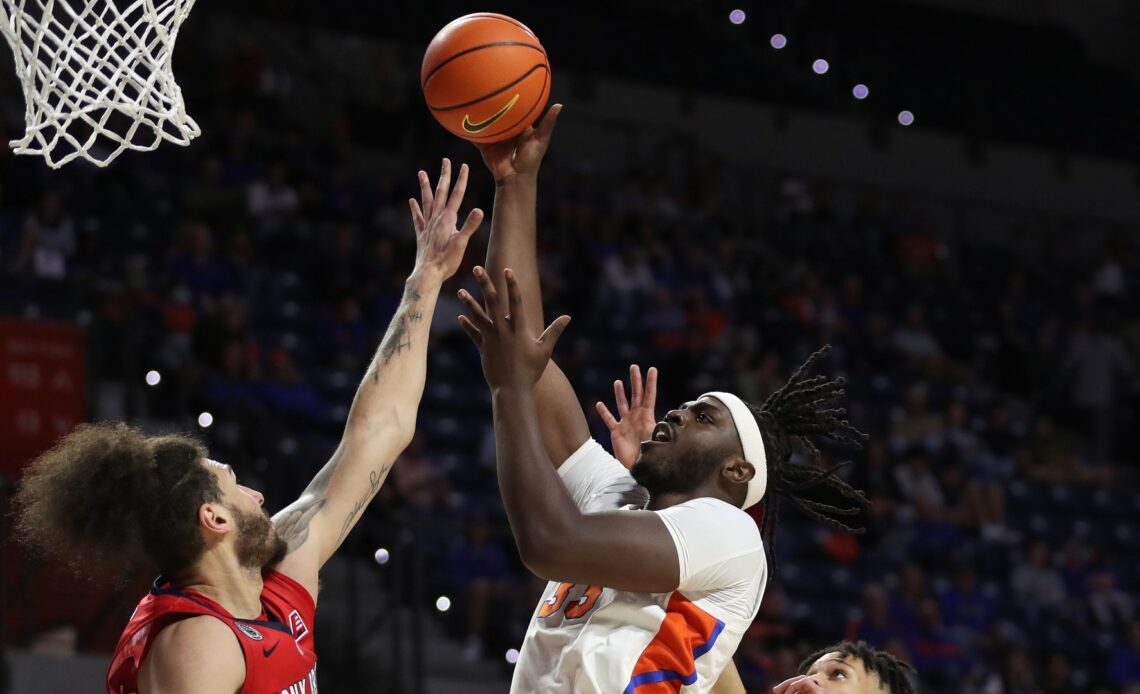 The Gators open league play at Auburn on Dec. 28.

The Florida men’s basketball Southeastern Conference schedule was unveiled on Wednesday. The Gators will open conference play under first-year head coach Todd Golden with a road game at Auburn on Dec. 28.

Times and television designations will be announced at a later date.

Seat locations will be assigned randomly during game week, so Season Flex Pass holders get to experience the start of the Coach Todd Golden era from a unique vantage point each game. You can link accounts for the whole season or purchase guest passes on a game-by-game basis to sit with friends.

A limited number of Season Flex Passes are available while supplies last. To secure your pass today, click here.

New season tickets are still available starting at less than $20 per game. Men’s basketball season ticket holders enjoy great perks such as access to the best seat locations, an annual gift, priority access to postseason tickets, and much more!

Click here to buy season tickets now, or fill out this form to be the first to know about future men’s basketball ticket opportunities.