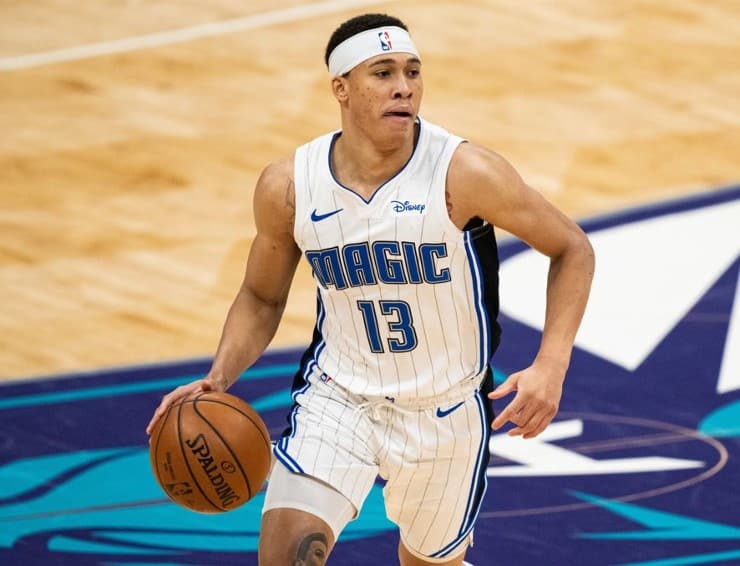 Orlando Magic guard RJ Hampton wants to dunk on Los Angeles Lakers forward LeBron James. While on the fubo Sports “No Chill with Gilbert Arenas” podcast, the second-year NBA player said he would love to dunk on King James.

After co-host Josiah Johnson asked Hampton which player he’d like to dunk on — past or present— the Magic guard replied, “It’s cliche, but Bron. I have a reason though.”

“Bron came out of nowhere. I didn’t see him. No one said anything. It was just like he flew from the other side, and I’ve seen that clip so many times. It was used on commercials, it was used… social media.”

No one wants to get dunked on in the NBA, especially not by LeBron James.

“It just pisses me off every time I see it,” continued Hampton. “So that’s why. I’m mad because I didn’t dunk him. My dad always is like ‘Why didn’t you dunk it?’ I was like ‘I didn’t see him coming at all.’ Him or probably I would say [Rudy] Gobert.”

When Gilbert asked him why he couldn’t care less about dunking over a guard, Hampton said, “I feel like no guard really jumps on me though.”

Gilbert also mentioned the time when Jason Terry dunked on him. He said Terry drove the lane and then Gilbert fouled him under the basket. So, he got dunked on and Terry was sent to the free throw line.

It sounds like the play occurred while Gilbert was with the Golden State Warriors.

RJ Hampton will have opportunities in the 2022-23 season to dunk on LeBron James. Mark your calendar. On Dec. 27 at 7 p.m. ET, the Magic will play the Lakers at Amway Center.