How good are the Brooklyn Nets? 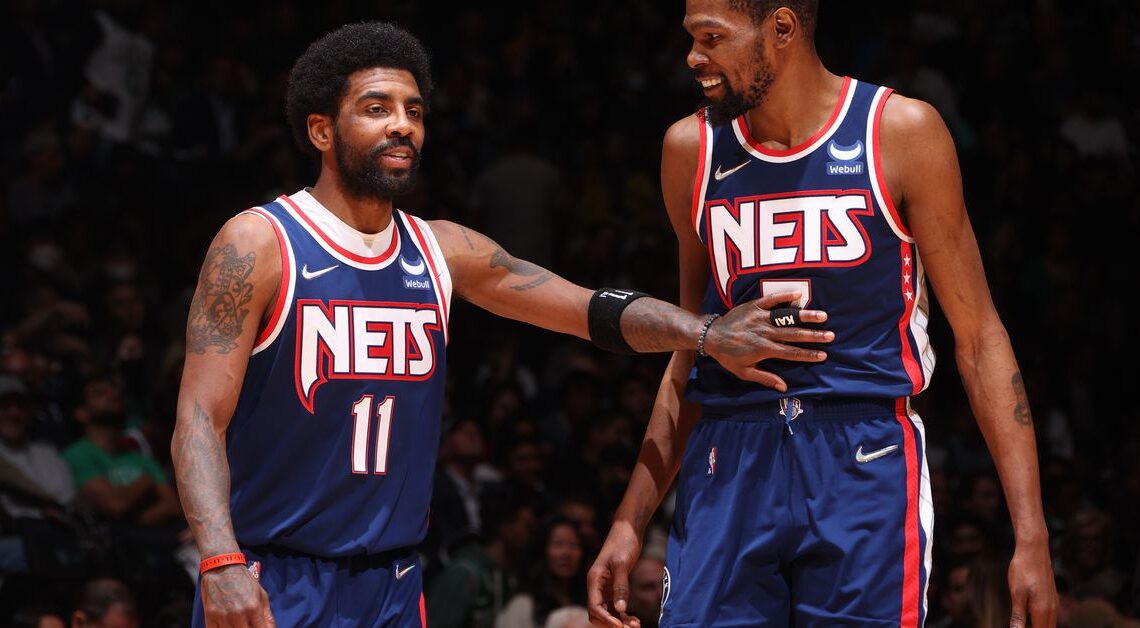 How good are the Brooklyn Nets? Did they get better this offseason? Where do you expect them to finish in the Eastern Conference?

Sean Marks made some good moves during the Kevin Durant trade saga. Royce O’Neale is exactly what this team missed on the perimeter last year, and even though the Bruce Brown loss hurts he could be an upgrade. T.J. Warren is the perfect buy-low candidate for a comeback season playing alongside other stars. The fact that he didn’t garner much free agent interest isn’t encouraging though. The stars are what matter here. Does Durant want to be here? If he does, he played like a MVP candidate early last season. Kyrie Irving’s on-court abilities aren’t in doubt, and he’ll need to prove himself reliable for his next contract.

I loved the Ben Simmons fit when he arrived at the trade deadline. Now, I actually need to see him on the floor again to believe when he last played over 14 months ago. He’ll need to embrace guarding centers for this roster to work. Steve Nash’s defensive shortcomings as a coach loom large and he might’ve lost Durant’s faith. Last time we saw Nic Claxton, he shot 1-for-11 at the free throw line in an elimination game. Can it be all about basketball here? If so, and it hasn’t been for three years, they’re a great team on paper. They’re still one that matches up poorly against Boston come playoff time. Pencil them in around the four or five seed, though I wouldn’t be surprised if this era falls apart by mid-season.

This is Schrödinger’s Basketball Team, and we’re not going to have any idea what they actually are until the box gets opened. No team in the league has more going on behind-the-scenes than the Nets, and the fact that this whole offseason saga resulted in no substantial change is perhaps the most perplexing possible outcome. At the end of the day, this is still a team with Kevin Durant, Kyrie Irving and a solid toolbox of useful role players, and if they stay relatively healthy, they should be at least a mid-tier playoff team. But would any of us really be surprised if this team’s house of cards finally collapsed on itself this season?

Betting on volatile stocks is never a good idea, so assigning a preseason win total to the ultimate wild card in the NBA is a fool’s errand. On their best…