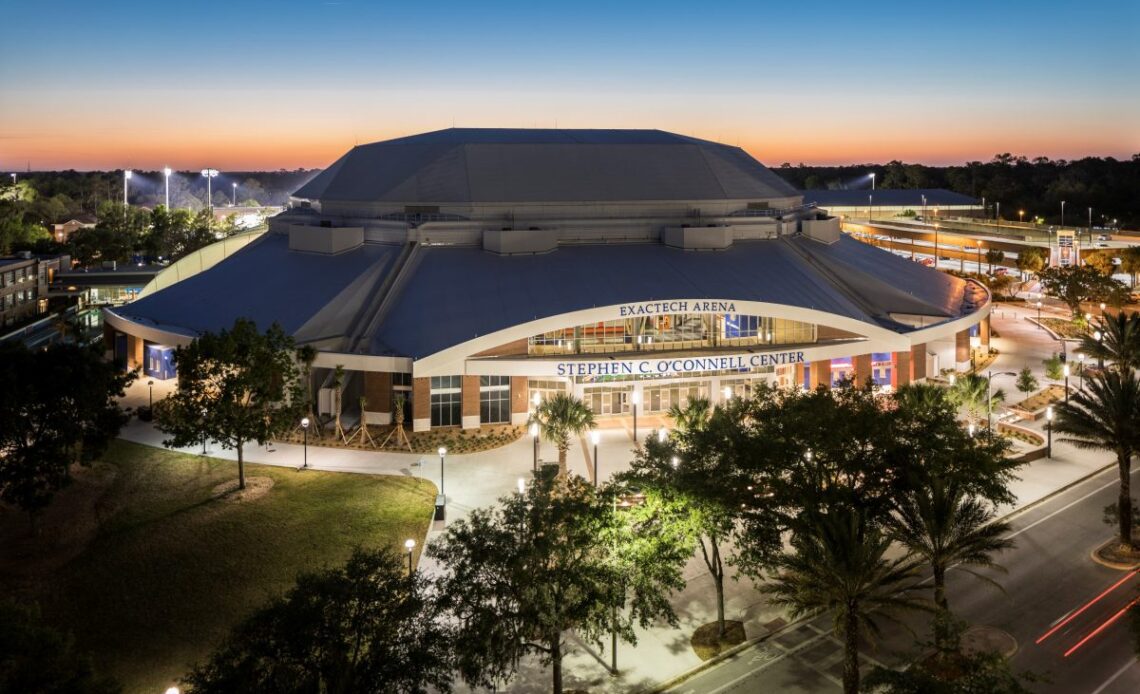 GAINESVILLE, Fla. — The Florida Gators have a new coach, a lot of new players and now a finalized schedule, after the Southeastern Conference (and ESPN) announced dates Wednesday for the 2022-23 league slate.

Non-conference games were set in place in July, with another challenging mix that puts a premium on neutral-site dates (five of ’em). SEC play begins before the ’22 calendar flips to ’23, with a road date against the reigning league champion, and UF fans won’t have to wait long for a visit from Mike White, who bolted on March 27 for the vacant job at rival Georgia.

Last season, the SEC ranked as the third-toughest in the country and there’s no reason to think it won’t be every bit as competitive this season. One notable difference, though. In ’20 and ’21, the SEC had zero coaching turnover during the offseason. In ’22, a whopping six programs made coaching changes, starting right here with the hiring of Todd Golden, formerly of the University of San Francisco, who convinced both Colin Castleton and Kowacie Reeves to return, then revamped the roster — where else? — using the transfer portal to lure the likes of fifth-year senior point guard Kyle Lofton from St. Bonaventure and talented sophomore wing Will Richard from Belmont.

The process, of course, was the same everywhere else across the college basketball landscape.

The coming months will feature plenty of printed words and pictures about Golden and his Gators, but here’s a super-comprehensive look at what (and whom) they’ll be up against this season.

[Disclaimer: Every summer, I do this early look-ahead, and every year I get carried away with details. I guess it’s pretty obvious I look forward to the start of a new hoops season. Don’t you?]

The buzz: The first game of the Golden era — has a nice ring to it, right? — will bring the Sea Wolves back to the O’Dome just 11 months after the programs met for the first time, with UF winning 87-62. Stony Brook, in its fourth season under Geno Ford, went 18-13 last season, including 10-8 in the America East. The Wolves, though, were ruled ineligible for conference tournament postseason play in February when the program announced it was moving to…