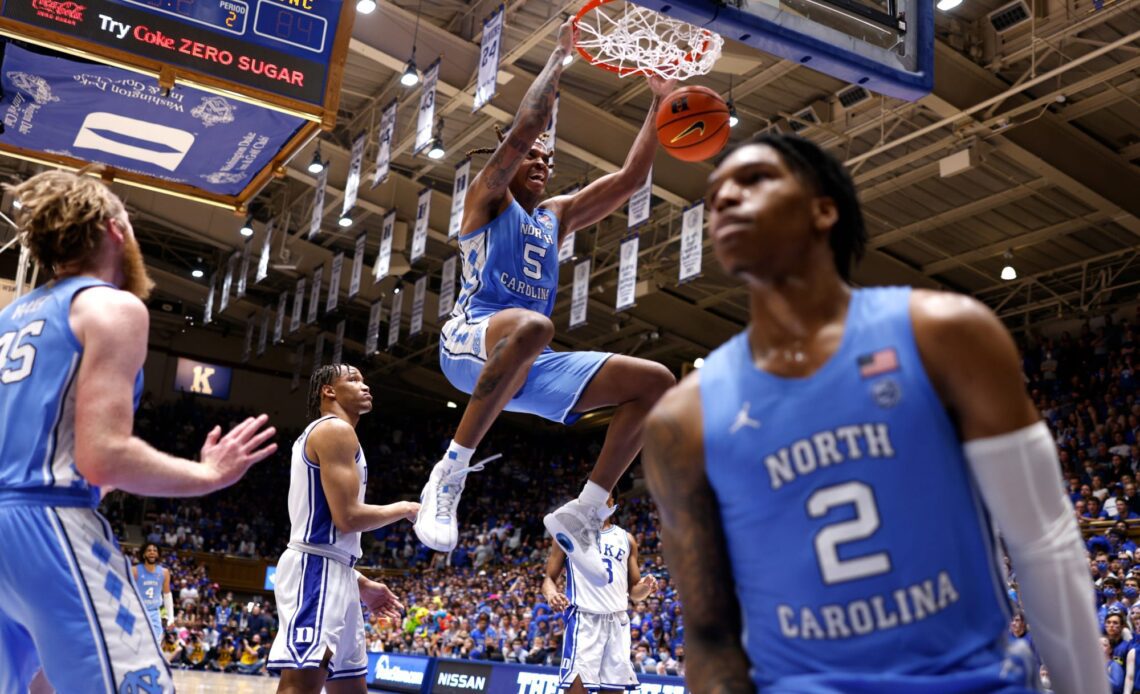 The UNC basketball team’s star big man finished third in a poll conducted by CBS Sports to determine who coaches thought would be the best player in America this season.

CBS Sports has been surveying college coaches and asking them for predictions regarding some of the biggest questions heading into the 2022-2023 college basketball season.  The latest survey that was released announced who these coaches thought would be the best player in the nation this year.

To the surprise of nobody, the top of the list was dominated by big men.  One of the biggest storylines of the offseason was the potential impact NIL has had on the decision to return to school for some dominant college bigs that don’t necessarily fit the modern NBA’s ideal “stretch” role just yet.

Three senior big men combined to receive over 85% of the votes.  Gonzaga’s Drew Timme lead the way with 43.9%, Kentucky’s Oscar Tshiebwe earned 33.7%, and UNC basketball’s own Armando Bacot finished third, with 10.2% of the votes.

We polled around 100 coaches about who they think the top men’s college basketball player for the 2022 season will be.

Timme has become a household name in the sport over the last few years, earning second-team All-American honors and leading the Zags to the number one overall seed in the NCAA Tournament each of the last two years.  Tshiebwe had a monster season for the Wildcats last year, winning the National Player of the Year Award by averaging over 17 points and 15 rebounds per game.  However, both Gonzaga and Kentucky underperformed in March, with the Zags falling to Arkansas in the Sweet 16 and the Wildcats falling victim to St. Peter’s cinderella run in the first round.

North Carolina star big man Armando Bacot had numbers that were not far off from Tshiebwe’s, averaging over 16 points and 13 boards a game.  Most Tar Heel fans feel that Bacot was snubbed out of the ACC’s Player of the year award, where he was voted second, behind Wake Forest’s Alondes Williams.

Unlike the two players above, Bacot was able to lead his team to an outstanding run in March, leading Carolina all the way to the national title game as an eight seed.  Along the way, the Richmond, Virginia native became the first player to record a double-double in all six games of an NCAA Tournament.  Here is what some anonymous coaches had to say about the big man: