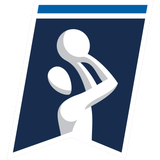 Ohio State fans made it loud and clear where they wanted to see Bronny James play his college ball next season during the top-rated recruit’s visit to OSU’s opening football game this past weekend.

Bronny – who’s currently ranked 35th in the ESPN 100 for the Class of 2023, and the son of hometown hero LeBron James – posted pictures of him and his family in Ohio State threads following the recruiting trip.

Bronny was sure to emphasize that the pictures didn’t signify his commitment to the Buckeyes, but viewers couldn’t help but muse over the thought: Could the state’s honorary grandson begin his own path to stardom with his version of an “I’m coming home” letter?

Brace yourselves Buckeyes fans. FS1’s Craig Carton says it’s not happening, at least, not in this lifetime.

“He ain’t going to Ohio State,” Carton laughed Wednesday on “The Carton Show.” “There’s a better shot of him going to Michigan now than Ohio State.

“One thing the James family is good at – respectfully – is trolling people. That is nothing but a troll job, rocking Ohio State gear after visiting on campus, and I can’t wait to watch Ohio State fans crying in the streets that Bronny is going to Michigan, or any team not named Ohio State.”

Carton is certain that Bronny won’t end up in the state where his dad’s basketball journey began, and while the James gang hasn’t been known to tip off their moves, perhaps Bronny’s path will be a change of pace from their status quo.

Could he end up in Columbus?

Get more from College Basketball Follow your favorites to get information about games, news and more.