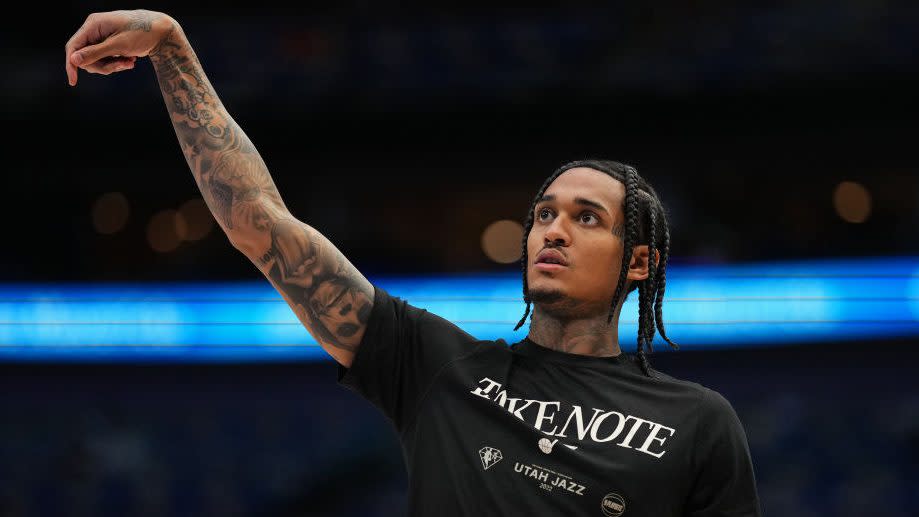 It’s no secret that the Utah Jazz have entered full rebuild mode with Rudy Gobert now in Minnesota and Donovan Mitchell in Cleveland. It’s not quite a fire sale in Salt Lake City, but more of an “everything must go” clearance sale of veterans such as Bojan Bogdanovic, Mike Conley and Jordan Clarkson.

Clarkson is drawing the most interest of that group, reports Brett Siegel of Sports Illustrated.

Of the players the Jazz have available, Clarkson has the most clearly defined role — sixth man scorer off the bench — and with that is the easiest to plug him into a new team. Clarkson is a volume scorer, but can create his own shot and when he is efficient with his scoring he brings Sixth Man of the Year value (he was not that efficient last season). His value decreases in the postseason because of his defensive struggles.

The other reason Clarkson is drawing the most interest? He has the lowest salary of the guys the Jazz are looking to move at $13.3 million (he has a player option for $14.3 million next season, both reasonable numbers considering his value as a scorer).

The Jazz have been fielding calls on all their available players, league sources told NBC Sports, although no deal appears close. There have been reports of the Lakers having an interest in Bogdanovic, but it would be difficult for the Lakers to match his $19.6 million contract (unless you get into a multi-player deal that sends out Russell Westbrook, but then the Lakers would need to move both of their tradable first-round picks, and they have been hesitant to do so in any deal that does not move them to contender status this season).

Look for Danny Ainge and the Jazz to make trades just before or during training camp, and up through the trade deadline. Utah is not done dealing, and Clarkson may be the first to be moved.

Check out more on the Jazz

Report: Leon Rose, Danny Ainge “never spoke directly” about Mitchell… Three things that will determine if these Cavaliers can win a ring in a few… Knicks reportedly wanted to wait on extending Barrett but hand was forced