Every player in Philadelphia 76ers history who has worn No. 15 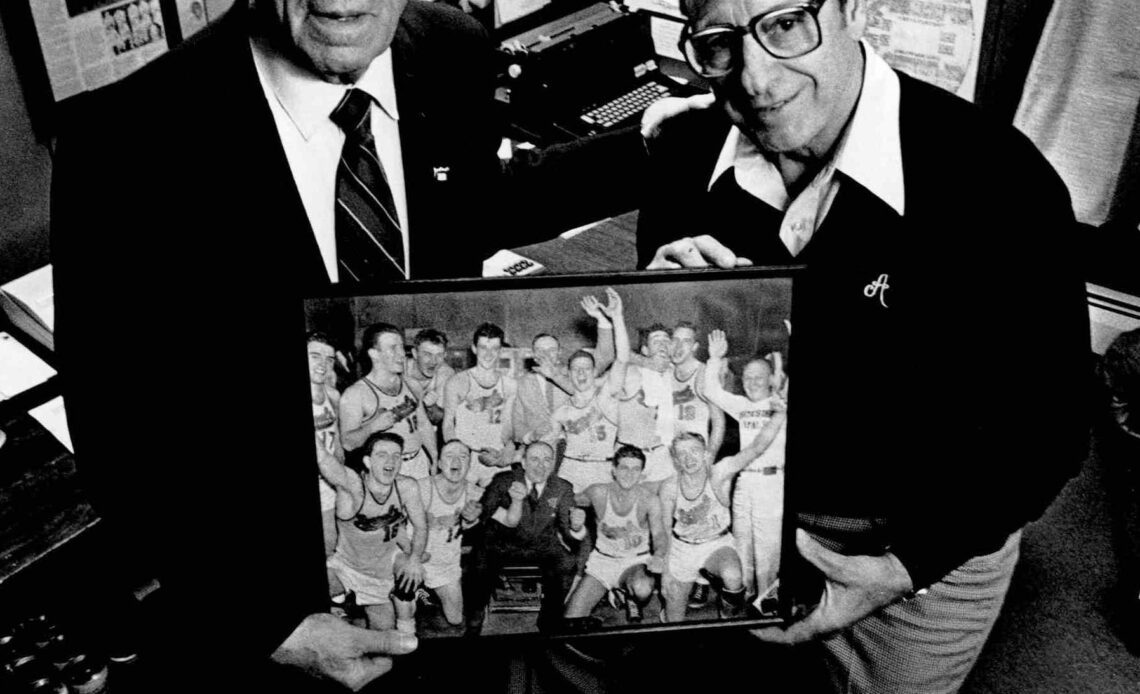 It’s summertime in the NBA, so it’s time to learn some history. The Philadelphia 76ers are one of the older franchises in the NBA. Their history dates to the 1949-50 season.

With that longevity, the team has had hundreds of players come through the City of Brotherly Love. Sixers Wire looks at the No. 15 which has been worn by seven of those players in the history of the franchise and it is retired at the Wells Fargo Center.

This running series will go through all of the uniform numbers worn in franchise history. The previous edition of this series was a list compiling the 10 players who have worn the No. 16.

Here is the list of the seven who have worn No. 15 in Sixers history:

Cervi, to the right in the above photo, played four seasons for the Syracuse Nationals donning the No. 15, and averaged 7.9 points and 3.2 assists. He was a player-coach for the Nationals during that time and when he was done playing, he coached the Nats to an NBA title in 1955. He was inducted into the Hall of Fame in 1985. 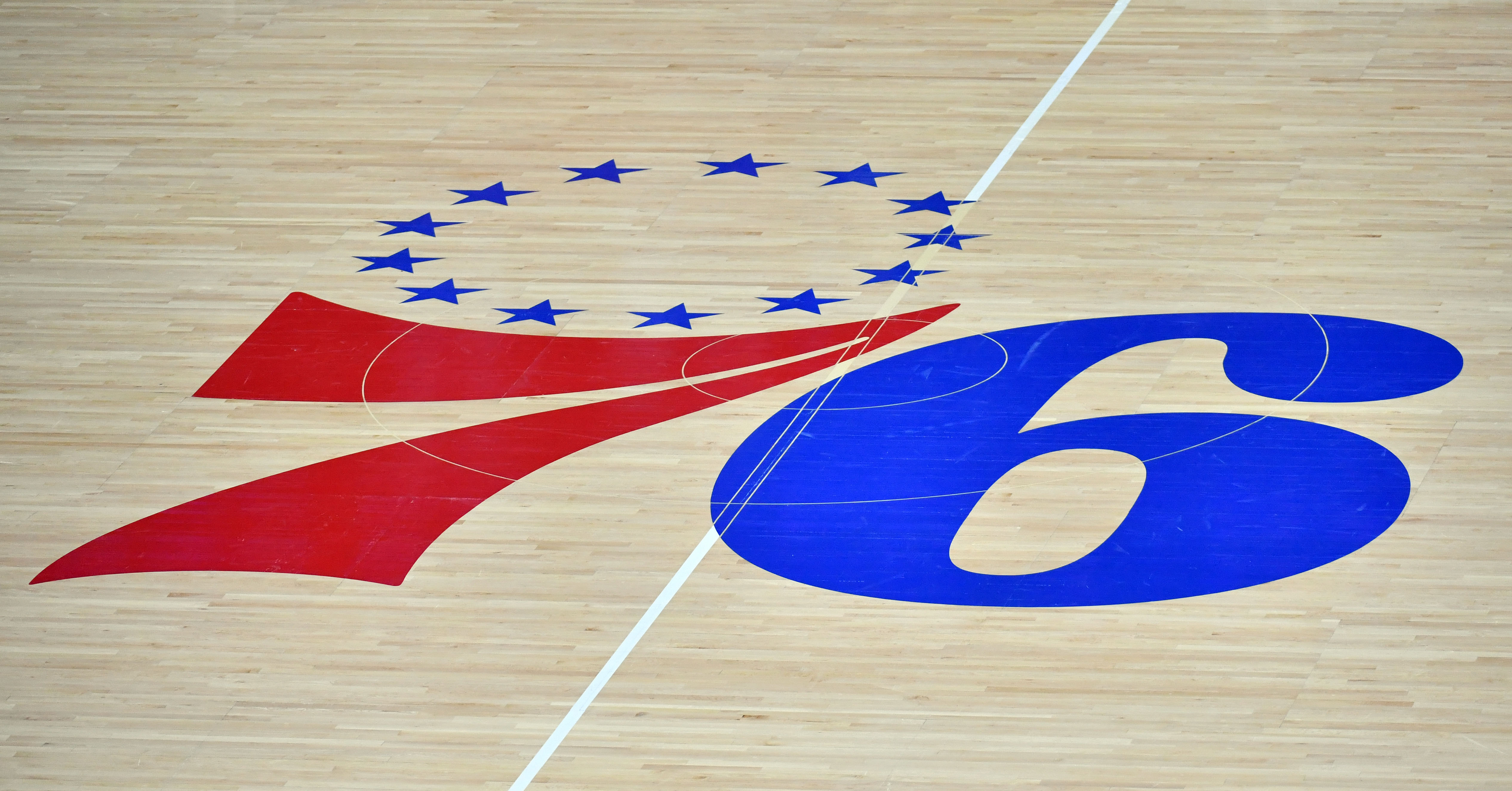 Brasco played 10 games for the Sixers donning the No. 15 and he averaged 3.3 points and 1.5 rebounds.

Hennessey only played 19 games for the Nationals and he averaged 6.9 points and 2.3 rebounds while donning the No. 15.

Savage wore two different numbers for the Nationals and he donned 15 for them when he returned from the Marine Corps in the 1956-57 season. He played five games and he averaged 3.6 points and 1.4 rebounds.

Costello wore three different numbers while playing for the franchise and he wore 15 in the 1957-58 season as he averaged 14.9 points and 5.3 rebounds with 4.4 assists in that season. 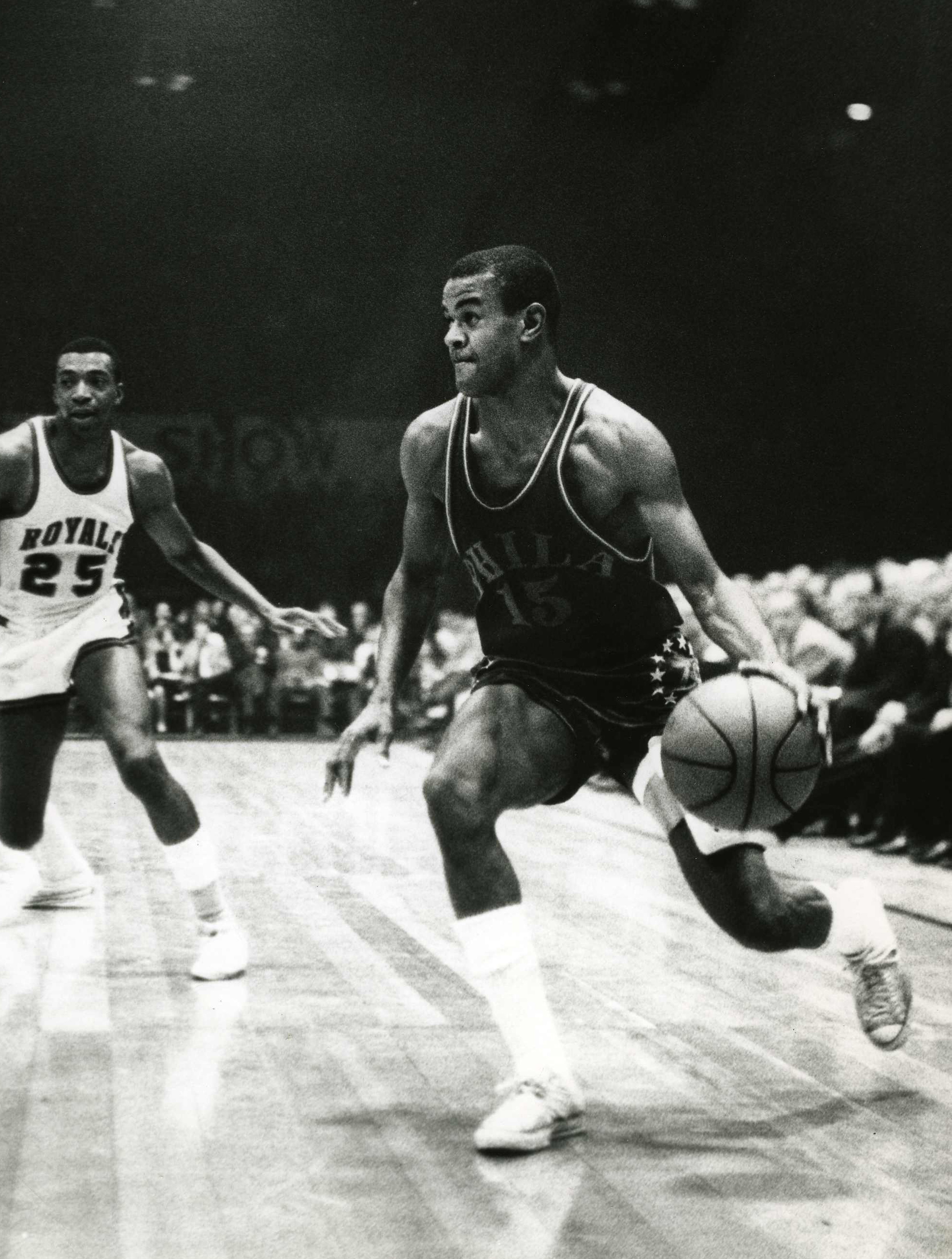 Greer, the all-time leading scorer for the Sixers, played his entire 15-year career for the Nationals/Sixers and he averaged 19.2 points and 5.0 rebounds for his career. He and Wilt Chamberlain led…