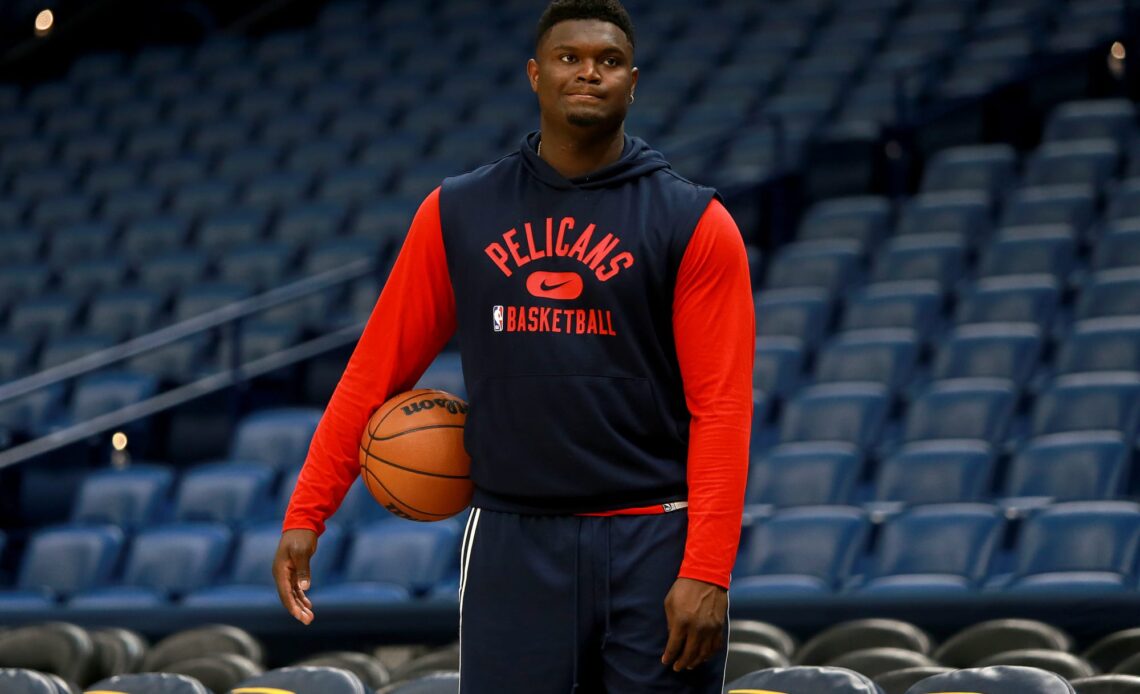 Two words that are always going to follow Zion Williamson of the New Orleans Pelicans are “when healthy.”

When healthy, Zion Williamson is a generational talent, a 27 point per game scorer who is one of the most dominant post players in the NBA.

When healthy, Zion is an MVP candidate, a guy who almost any franchise in the NBA would want to build around.

But Zion hasn’t been healthy much in his career, missing all or most of two seasons out of his three in the league.

That may have come into play in a recent ESPN survey of 15 coaches, scouts and executives, as Zion’s name was conspicuously absent from some of the answers.

This group of NBA insiders were asked a variety of questions about the present state of the league and what they think it might look like in the future.

It wasn’t surprising that Zion wasn’t named as one of the best players in the NBA right now, as he hasn’t played in over a year. That honor went to Giannis Antetokounmpo, who took 11 of the 15 votes.

Steph Curry (3) and LeBron James (1) accounted for the other four, as the two-time reigning MVP Nikola Jokic was left out entirely.

One question where Zion was surprisingly absent was, “Who will be the best player in the NBA in five years?”

If that question had been asked to this same group after the 2020-21 season, Zion almost certainly would have gotten some votes, as he was coming off a season where he averaged 27 points and seven rebounds while shooting over 61 percent from the floor.

Point Zion was a revelation and many saw him as the next face of the league. But it’s a season later and after not playing in any of it, Zion is going to have to prove that he can stay on the floor before anyone is ready to anoint him as the league’s next great player.

Voters went with safe names, as Giannis (7) led once again (though he’ll be 32-years-old), with Luka Doncic (6) and Jayson Tatum (2) getting the rest of the votes. Zion could end up being better than any of them, but until he shakes the “when healthy” label, fans and insiders are in wait and see mode.

Hopefully in a few seasons “when healthy” will stop being Zion’s de facto surname, and if so, he has a good chance to be the best player in the league in the next five years.