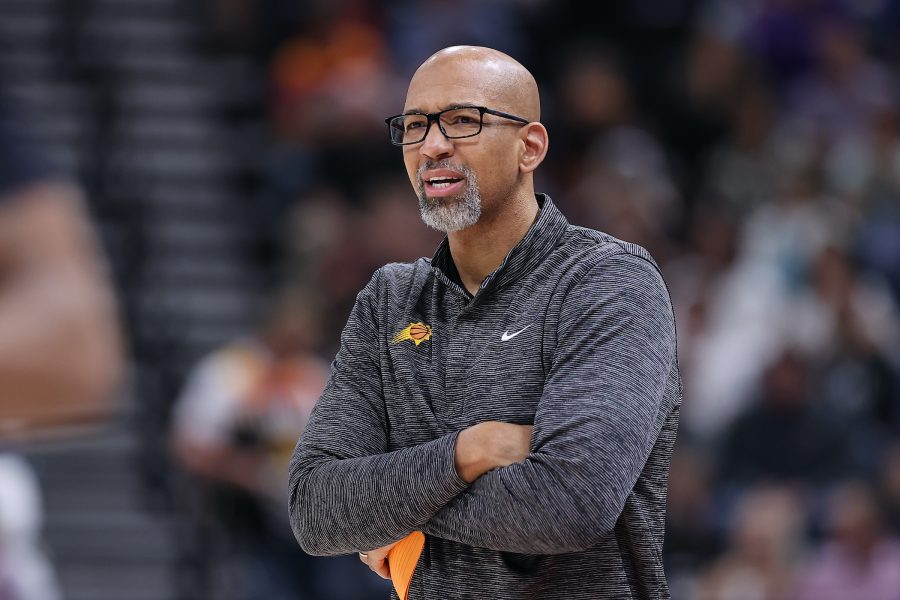 Suns coach Monty Williams never discussed the Kevin Durant trade rumors with his players, he said during an appearance on SiriusXM NBA Radio (hat tip to Dana Scott of the Arizona Republic).

“When I first heard about the Kevin Durant stuff, I was kind of blown away by it just because, you know, we’ve been so blessed here to have guys want to come,” Williams said. “At the same time, ‘At the expense of what?’ was my thinking. And I like our team. I love our guys. But I wasn’t going to have conversations that didn’t need to be had.”

Mikal Bridges, Cameron Johnson, Deandre Ayton and Jae Crowder were among the names speculated as part of the talks between Brooklyn and Phoenix.

“I think our guys are mature enough to understand that part of our business,” Williams said. “I didn’t want to have conversations about stuff that didn’t need to be brought up.”

We have more from the Western Conference: