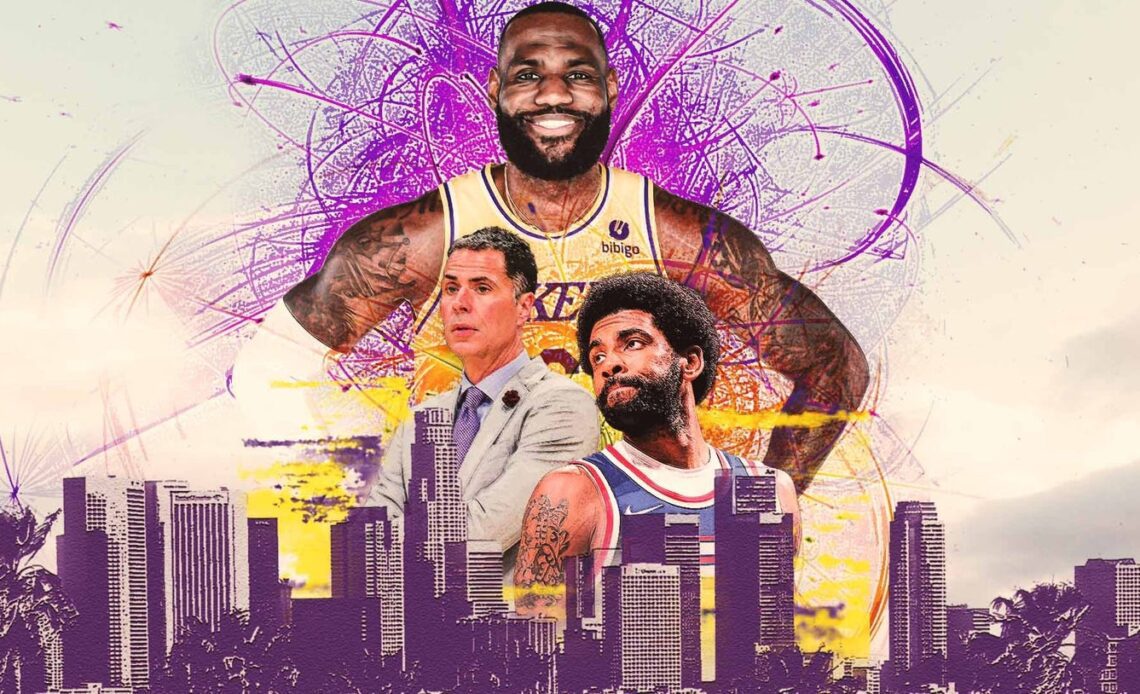 The guessing game around LeBron James‘ future came to an end Wednesday when news broke that he agreed on a two-year, $97.1 million contract extension with the Los Angeles Lakers.

The deal includes a 15 percent trade kicker and could increase to more than $110 million with a rise in the salary cap, as first reported by ESPN. His contract now runs through the 2023-24 season and includes a player option for 2024-2025 when his son, Bronny, will become draft eligible.

It’s a hefty salary for a 37-year-old who turns 38 in December. But James has shown no signs of slowing down during his tenure with the Lakers. Last season, he played MVP-caliber basketball and was the runner-up for the scoring title with 30.3 points a game despite the Lakers missing the playoffs with a dismal record of 33-49.

James signing a contract extension is interesting on multiple fronts.

It allows James to focus on resurrecting the Lakers without him potentially suffocating under a noxious fog of rumors, a detrimental game we saw him play last season when his every word was scrutinized.

There was the time he praised Oklahoma City owner Sam Presti during All-Star weekend (which had everyone questioning whether he was taking a shot at Lakers GM Rob Pelinka) or the time he told The Athletic that “the door’s not closed” on him playing in Cleveland again (which made everyone wonder if that was a harbinger of what was to come).

James had to play constant defense off the court last season, an exhausting prospect for a guy who already had to carry the Lakers on it while Anthony Davis was compromised by injuries and Russell Westbrook struggled to find much success with his new squad.

This, at least, will give James a chance to focus on basketball. Not to mention, it’s also clear that he loves Los Angeles. He posts endless videos on Instagram of him singing along to his music as he cruises the city’s streets or as he relaxes in his sun-drenched backyard. He often mocks his haters and implies his happiness is impenetrable based on his quality of life.

Jumping ship would’ve meant leaving one of the top markets in the league and all it has to offer a player of his caliber, yanking his three kids out of their schools and bailing on a proud franchise that just suffered their most mortifying season ever, all of which clearly would’ve…